Carbon pollution is being sucked from the sky and injected into underground rocks—will Climeworks’ ambitious plan to stop climate change work?

Iceland is a land of majestic waterfalls, black sands, sparkling glaciers, and possibly one of the world’s wildest solutions for solving climate change.

Nestled beside the majestic hills of southwestern Iceland are giant carbon collecting machines capable of snatching CO2 straight from the air and injecting it into underground stones, where the gas can be stored safely for millennia.

Our planet is heating up fast. Carbon dioxide levels now exceed 415 parts per million, higher than they’ve ever been in the past 800,000 years. And while there’s a dispute over what number constitutes a dangerous threshold, there’s a consensus that the current carbon dioxide levels must drop to avoid imminent catastrophic warming.

The Intergovernmental Panel on Climate Change, or IPCC, estimates that by the end of the century we must pull at least 100 gigatons of CO2 from the atmosphere and as much as 1,000 gigatons, which is the equivalent of 20 years worth of global greenhouse gas emissions.

So how on Earth are we ever going to accomplish pulling 20 years worth of global greenhouse gas emissions from our atmosphere?

In addition to the rapid adoption of renewable energy and wide-scale reforestation,  the IPCC maintains that carbon dioxide removal technologies will be critical when it comes to tackling and curbing climate change.

And that’s where direct air capture, or DAC, technology comes into play. This idea of pulling CO2 directly from the air has actually been around for far more than a decade, but it’s only over the past few years has this tech has come into its own. Resting under the umbrella of geoengineering, which is essentially just the intentional manipulation of Earth’s climate system, DAC works by redirecting carbon pollution from the sky and placing it someplace more benign. Like inside rocks.

Learn more about this carbon dioxide removal technology and how it can assist in the efforts to save our planet on this episode of Elements.

Negative Emission Technologies: Silver Bullet or Ethically Ambiguous?
http://climate.org/negative-emission-…
“If negative emission technologies are perceived as a silver bullet – an all-encompassing response that will solve our problems – we run the risk of delaying or altogether stopping to pursue aggressive mitigation actions, placing us in an even worse position than we are currently.”

The Tiny Swiss Company That Thinks It Can Help Stop Climate Change
https://www.nytimes.com/2019/02/12/ma…
“Gebald and Wurzbacher believe the way to gain a commercial foothold is to sell their expensive CO₂ to agriculture or beverage companies. Not only do these companies require CO₂ anyway, some also seem willing to pay a premium for a vital ingredient they can use to help market their products as eco-friendly.”

Sucking carbon out of the air won’t solve climate change
https://www.vox.com/energy-and-enviro…
“Models that show us hitting the Paris climate target of “well below” 2°C rise in global average temperature almost all involve enormous amounts of negative emissions, which they mostly get from BECCS. The other potential negative emissions technology is DAC + carbon sequestration, which can move carbon from the air (the biosphere) into the ground (the geosphere).” 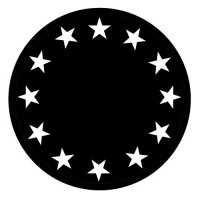