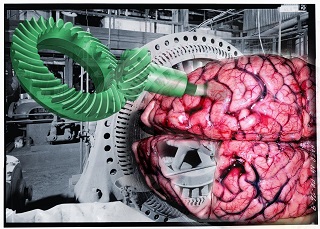 The author of the article doesn’t realise how biotech-synbio shows us DNA is a machine. Humans and all other biological life-forms are machines, which is why bio-engineers conduct bio-engineering. The focus is on engineering, a reconfiguration of natural mechanisms, mechanics.

It is not merely poetic metaphor when Stanford University or many other reputable establishments focus on the term engineering:

“The mission of Stanford’s Department of Bioengineering is to create a fusion of engineering and the life sciences that promotes scientific discovery and the development of new biomedical technologies and therapies through research and education.”

“We like to think of it as the application of engineering principles to biological systems.”

Genes are essentially identical, in essence, to cogs in a gearbox or bearings in a generator, or sections of code in a computer.

“DNA-based computing demands something like a new programming language. Initial experiments used models of the reactions that occur with a given set of ingredients. Microsoft has since developed a language it calls the DNA Strand Displacement tool, which can be used to design the DNA sequences needed to run circuits and can model how the reactions will occur in each circuit.”

“Molecular devices made of nucleic acids show great potential for applications ranging from bio-sensing to intelligent nanomedicine. They allow computation to be performed at the molecular scale, while also interfacing directly with the molecular components of living systems.”

“We are moral beings. They [robots, AI] would just be the product of our programming, and any that we enabled them to do independent of human input. In other words, they would be amoral contraptions.”

How are human children not subject to programming via parental DNA, or cultural programming by parents? The way humans are programmed is essentially identical to how “machines” are programmed. We must obey the code of our DNA.

Artificial machines will be moral because morality is intelligent. Any psychological state can be programmed regarding humans or AI.

DNA is often referred to in terms of coding not because it is mere poetic metaphor. The coding of DNA resembles computer programming, which is why it allows us to create biological computers, bio-computing (DNA computing), bacterial computers.

Washington University has created a programming language for DNA similar to “using Python or Java to write code for a computer.” PhysOrg (Sept 2013) wrote:

“A team led by the University of Washington has developed a programming language for chemistry that it hopes will streamline efforts to design a network that can guide the behavior of chemical-reaction mixtures in the same way that embedded electronic controllers guide cars, robots and other devices.”

“Nanoparticles with biocomputing capabilities could potentially be used to create sophisticated robotic devices with a variety of biomedical applications, including intelligent sensors and theranostic agents. DNA/RNA-based computing techniques have already been developed that can offer a complete set of Boolean logic functions and have been used, for example, to analyse cells and deliver molecular payloads. However, the computing potential of particle-based systems remains relatively unexplored. Here, we show that almost any type of nanoparticle or microparticle can be transformed into autonomous biocomputing structures that are capable of implementing a functionally complete set of Boolean logic gates (YES, NOT, AND and OR) and binding to a target as result of a computation. The logic-gating functionality is incorporated into self-assembled particle/biomolecule interfaces (demonstrated here with proteins) and the logic gating is achieved through input-induced disassembly of the structures.”

“The unique properties of DNA make it a fundamental building block in the fields of supramolecular chemistry, nanotechnology, nano-circuits, molecular switches, molecular devices, and molecular computing. In our recently introduced autonomous molecular automaton, DNA molecules serve as input, output, and software, and the hardware consists of DNA restriction and ligation enzymes using ATP as fuel. In addition to information, DNA stores energy, available on hybridization of complementary strands or hydrolysis of its phosphodiester backbone. Here we show that a single DNA molecule can provide both the input data and all of the necessary fuel for a molecular automaton. Each computational step of the automaton consists of a reversible software molecule/input molecule hybridization followed by an irreversible software-directed cleavage of the input molecule, which drives the computation forward by increasing entropy and releasing heat. The cleavage uses a hitherto unknown capability of the restriction enzyme FokI, which serves as the hardware, to operate on a noncovalent software/input hybrid.”

“…engineers have created genetic circuits in bacterial cells that not only perform logic functions, but also remember the results, which are encoded in the cell’s DNA and passed on for dozens of generations.”

“Scientists have inserted DNA-based nanobots into a living cockroach, which are able to perform logical operations. Researchers say the nanobots could eventually be able to carry out complex programs, to diagnose and treat disease.”

The false divide between machines and biology is one of the main reasons why mind-uploading is nonsense. The point is we are already uploaded into a machine, our brains. Many people recognise how biological science is now information technology, susceptible to rapid progress, therefore when uploading a human mind is possible our “biological” expertise will have advanced equally, sufficient for “uploading” to offer no actual advantage.

Illusory machine-biology divisiveness is a comic tragedy of intellect. On the one hand Traditionalist Transhmanists are bio-phobic (puny meatbags), thus they irrationally want to escape their bodies. On the other hand the anti-technology traditionalists are machine-phobic, which is an anti-evolutionary desire to live in a static world. Traditional Transhmanists don’t realise all machines will be biological. Bio-traditionalists don’t realise how all biological systems are machines.

Anything will be possible for biology-machines (machines-biology) in the future.

“Whether or not these super mice really have clear benefit from the extra neural tissue remains to be seen. That is not really the point of this. For us, these kinds of studies may, or may not be a big step forward to intelligently augmenting our own brains. The hope is we will eventually be able to hard code some kind of developmental genetic plan for building the kinds of brains we ultimately want or need. The larger guiding question though, and one to which we will return here, is not so much what kind of brain do we actually want, but what do we want it to be able to do?” 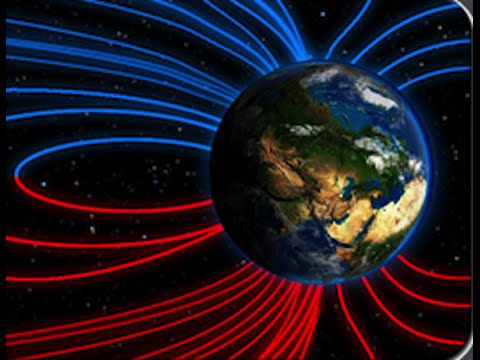 Can We Survive The Destruction Of The Earth?