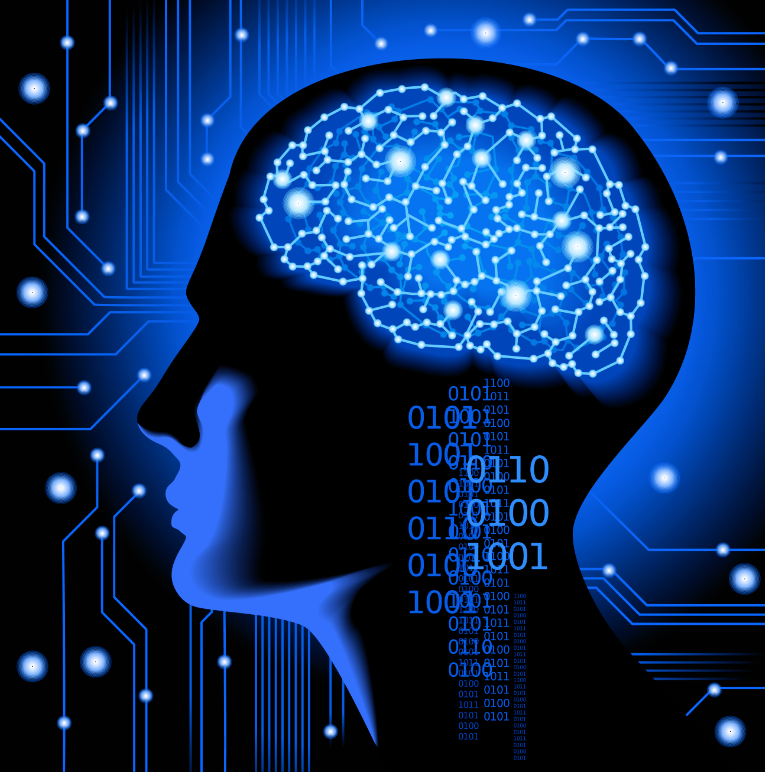 BRIGHTER BRAINS – THE FUTURE OF EMOTIONAL HEALTH AND INTELLIGENCE

Sponsored by NaturalStacks[TM] ”Natural Stacks is dedicated to creating the world’s best nutritional supplements with full transparency. Each product contains only several premium sourced ingredients, each with a defined biomechanical purpose that’s supported by science. Our mission is simple – to help people experience the highest level of performance by providing natural solutions that work.” free packets of NaturalStacks “smart drugs” will be available to all conference attenders

The Conference Speakers are:

Jyoti Mishra, Ph.D. (Keynote) is an Assistant Professor in the Dept. of Neurology at the University of California San Francisco (UCSF), and also serves as a Senior Scientist at the Brain Plasticity Institute at PositScience. Her training is in the field of human cognitive and computational neurosciences, with an emphasis on mechanisms of attention and cognitive control. Jyoti’s current research focuses on developing and evaluating novel neurotherapeutic tools that enhance cognition in healthy individuals, with further applications in individuals with cognitive impairments, including children with Attention Deficit Disorder (ADHD), children with an early life history of stress and abuse and older adults. These neurotherapeutic tools integrate the latest in software, hardware and internet technologies and their efficacy is rigorously evaluated in randomized controlled trials, conducted here in the US and worldwide via research collaborations in global mental health.

In recognition of her work, Jyoti has received the Sandler Biomedical Breakthrough award, the NIH/Fogarty International Clinical Research Fellowship and a National Academies Keck Futures Initiative (NAKFI) grant, amongst others. At this conference, she will present on Developing Serious Games for Stronger Brains.

Mikey Siegel (Keynote) is a meditator, technologist, and “Consciousness Hacker” who has spoken at TEDxSantaCruz, the Hong Kong Polytechnic University, and Buddhist Geeks. He is known for his work in projects like BrainBot & HeartSync, and he’s a pioneer in a field that he calls “Enlightenment Engineering”—the science and technology of facilitating the heightened states of consciousness long described by contemplative and spiritual traditions. “Can Technology be a tool to help us realize a profound sense of peace and well-being? Can the devices around us do more than provide information and change behavior? What if our gadgets guided us toward Acceptance and Balance, independent of circumstance? A Life in Flow… That’s what I’m working on. I started a company call BioFluent Technologies. I founded the budding “Consciousness Hacking” Movement. I worked with robots at places like MIT, Audi, and NASA.”

Roy Krebs is Co-Founder and Operations Director of NaturalStacks, a “smart drug” company that “creates cutting-edge, results driven nutritional products that yield optimal performance without compromise… Each ingredient has a very defined bio-mechanical purpose to enhance your cognitive state.” NaturalStacks products such as CILTEP, SmartCaffeine, and Antarctic Krill Oil, will be available at the conference.

Besides developing dietary supplements, Roy’s interests include clean technology, martial arts, and travel. He’s a former college football player and once worked as a sushi chef.

Bestselling visionary author Zoltan Istvan, an American-Hungarian, began a solo, multi-year sailing journey around the world at the age of 21. His main cargo was 500 handpicked books, mostly classics. He’s explored over 100 countries—many as a journalist for the National Geographic Channel—writing, filming, and appearing in dozens of television stories, articles, and webcasts. His work has also been featured by The New York Times Syndicate, Outside, San Francisco Chronicle, BBC Radio, NBC, ABC, CBS, FOX, Animal Planet, and the Travel Channel. In addition to his award-winning coverage of the war in Kashmir, he gained worldwide attention for pioneering and popularizing the extreme sport of volcano boarding.

Zoltan later became a director for the international conservation group WildAid, leading armed patrol units to stop the billion-dollar illegal wildlife trade in Southeast Asia. Back in America, he started various successful businesses, from real estate development to filmmaking to viticulture, joining them under ZI Ventures. He is a philosophy and religious studies graduate of Columbia University and resides in San Francisco with his daughter and physician wife.

Zoltan recently published The Transhumanist Wager, a fictional thriller describing apatheist Jethro Knights and his unwavering quest for immortality via science and technology. The novel was recently a #1 bestseller in both Philosophy and Sci-Fi Visionary & Metaphysical on Amazon. Zoltan also blogs for Psychology Today and The Huffington Post.

Andrea Kuszewski is an Affiliate Scholar of the Institute for Ethics and Emerging Technology. She lives in San Francisco and works as a researcher and manager with VORTEX Research Group, investigating the neuro-cognitive factors behind human behavior. This includes topics such as creativity, intelligence, sociopathy, and x-altruism. She has published papers on the neuroscience of creativity, intelligence, and the analysis of illegal behavior and the creative rule-breaking process.

As well as being a researcher of creativity, she is herself a fine artist and has been trained in various visual communication medium, ranging from traditional drawing to digital painting, graphic design, and 3D modeling and animation for the medical and behavioral sciences. Andrea is also a popular and widely published science writer and a science communication activist, writing for Scientific American, Discover Mag, Qualcomm Spark, WIRED UK, and others. Her blog, The Rogue Neuron, addresses a variety of current science topics, but is mainly focused on cognitive neuroscience and psychology.

Andrea’s current research focus is morality and heroism, or extreme altruism (x-altruism). She is investigating not only the altruistic personality, but also how to enhance and encourage these behaviors through early intervention in emotion regulation, cognitive control and resilience training.

Michael Anissimov is a futurist thinker focused on emerging technologies such as nanotechnology, biotechnology, robotics, and Artificial Intelligence. He previously managed Singularity Summit and worked as media director for the Machine Intelligence Research Institute, as well as co-founding the Extreme Futurist Festival. The Singularity Summit has received coverage from Popular Science, Popular Mechanics, the San Francisco Chronicle, award-winning science writer Carl Zimmer, The Verge, and a front page article in TIME magazine. Mr. Anissimov emphasizes the need for research into artificial intelligence goal systems to develop “Friendly Artificial Intelligence” for human civilization to successfully navigate the intelligence explosion. He appears in print, on podcasts, in documentaries, public speaking at conferences, and other media to spread this message. He lives in Berkeley, California.

Nicole Sallak Anderson is a Computer Science graduate from Purdue University. After graduation, she developed encryption and network security software, which inspired both the storyline and the science behind her transhumanist novel, eHuman Dawn (Story Merchant Press, 2013.) She currently lives with her husband and two teenaged sons on two acres in the Santa Cruz mountains of Northern California, where she indulges in a variety of homesteading hobbies, from beekeeping and raising chickens and goats, to gardening, canning, spinning, and knitting.

Anatoly Karlin – San Francisco-based Russian businessman, writer, thinker, and blogger at http://akarlin.com/, where he blogs “about various esoteric and not so esoteric things: Futurism, human biodiversity and psychometrics, transhumanism, China, Russia, the Arctic, geopolitics, cliodynamics, peak oil, climate change, the paleo lifestyle… What passes for “debate” between Team Left and Team Right in most Western countries is stale, banal, and insipid. Both are bursting at the seams with hamsters. I prefer to deal with objective reality, even if it does put me outside all the mainstream ideological groupings. Anything else would just be dishonest…” His conference presentation will be: “The Future of Russia.”

Carol Lloyd is the Executive Editor and a weekly blogger for GreatSchools.org, a nonprofit website based in Oakland, Calif., that provides national K-12 school performance information and education resources to parents. Previously she was the award-winning “SurrealEstate” columnist for the San Francisco Chronicle, and the “Ivory Tower” Education Editor at Salon.com.

Her journalism has appeared in The New York Times Magazine, This American Life radio show, Salon.com, The Los Angeles Times, and the SF Weekly, and she’s been featured on NPR’s Talk of the Nation, PRI’s The World and KQED’s Forum and To the Best of Our Knowledge. Her bestselling book “Creating a Life Worth Living” was published in 1997 by Harper Collins.

Bill Softky holds a Ph.D. in Physics from Caltech, where he discovered a still-unsolved paradox about the firing patterns of brain neurons. His subsequent career in Silicon Valley (including biophysics, human-computer interaction, and signal processing) has given him a unique perspective on the software and hardware architecture of human brains, including new insights about our deepest (yet most deeply-hidden) high-bandwidth method of somatic communication. His presentation is on “Quantifying the Crises of Intimacy.”

Hank Pellissier is director of Brighter Brains Institute, a San Francisco Bay Area think tank dedicated to brain enhancement, transhumanism, life extension, and other futurist topics. He was Managing Director of Institute for Ethics in Emerging Technology (IEET) in 2012. He’s the author of Brighter Brains – 225 ways to injure or elevate intelligence, and Why is the IQ of Ashkenazi Jews so High? Hank is a journalist who has written for GreatSchools.org, he was the “Local Intelligence” columnist for the New York Times (San Francisco edition), a daily columnist for Salon.com (“Naked World), a columnist at SFGate.com, and he’s written 100+ futurist articles for IEET, H+ Magazine, World Future Society, and other publications, occasionally under his nom de plume, “Hank Hyena.” He is also a brain health consultant and fundraiser for The St. Lucia Project and the Mangyan Assistance Project. 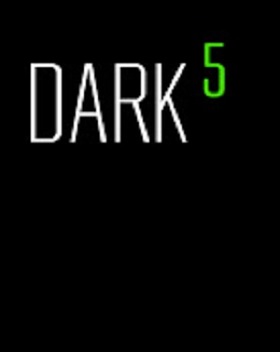 5 Mysterious Nuclear Events No One Can Explain