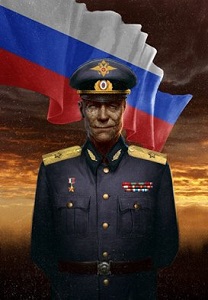 We have many friends and acquaintances at the Wave Chronicle. This is a Facebook posting from Vladimir Frolov. It gives a fantastic point of view of the Russian mindset of today.

Tristan is my favourite Facebook friend, because he is very sensitive. So, he provides more high-res map for navigating nuances of American culture than Sia and Korman, who are more reserved.

BTW, Tristan, have you seen my right hand?

It’s from blood brotherhood pact made after a duel. The guy I duelled with is now Russia’s number one Ultranationalist blogger (I used to hold that title back when the duel happened).

Not all duels ended this good. Duel with my favourite occult poet ended with his death.

Me after that duel:

And all these people, me included, aren’t some sort of MMA fighter thugs, they are nerds and bookworms.

Guess what I want to say is that I live in a highly violent traditional society, so any attempts to classify me as Western-style NEO-traditionalist are off the mark. Were Spartans or Vikings Neo-Nazis? No, they weren’t. They weren’t even Nazis. Neo-traditionalists seek to revert civilized society back to savage condition, while countries like mine never actually left it.

I am not neo-traditionalist and I command the most progressive political group in ex-USSR. There are no other radical political groups in ex-USSR (and probably in the world) led by psychonaut hackers with their own cryptocurrency and their own occult system. Of course, my progressivism is savage, just like if Spartans got a hold on tanks.

Remember, Romans treated Jews much worse than Nazis did, and with all these crucifixions and stuff Nazis would look like good guys if they shared same time-space with Romans. I despise Nazis for their traditionalism, white-knightism (“protecting Europe”, etc) and general victim mentality (“we’re being oppressed”), while they don’t like me for not being traditionalist. Russians are not “pro-Nazi”, we’re just Germanophiles, because we have fought Germans for over 1000 years, so we developed kind of mutual admiration. Germans are traditionally more efficient and advanced than us, but we keep defeating them for centuries over and over again, so we can admire their ways without feeling inferior. Germans were a civilized nation that choose to revert to savagery, while Russians are a savage nation that is into military/space technology.

If anything, the fact that I am not a Nazi should scare you more. Imagine if you talked to XVIII century intellectual. He would not be “pro-savage”, but hyper-progressist, and would even be more radical than you because he wasn’t inhibited by same inhibitions as you. Nazis and Neo-Nazis reject these inhibitions, but he wouldn’t even develop them in the first place.

There’s a reason why Russia is the birthplace of both terrorism (Nihilist movement) and transhumanism (Cosmist movement), and why we are perpetually in state of constant revolutions. We have no “tradition” to revert to (we have half-a-dozen of them, which means no true one), no “society” to protect (our “country” is technically younger than most of us, and hasn’t built anything of value yet), and no reason to like the world as it is.

The closest thing to us are apes from 2011 “Rise of the Planet of the Apes” movie (there’s a reason why they named most hardcore ape Koba, after most brutal and successful Russian leader). We’re smart and strong, but we’re new here, and there’s nothing in this world that we can cling to, so we keep building everything from scratch, and are in perpetual conflict with those who occupied this land and this planet before.

When we try to play “Christian traditionalism” or “Neo-Nazism”, it is YOU who we try to mimic. Just look at “Neo-Confederate” flag of Novorossia. “To survive, we need to overcome America, and to overcome America we need to out-America America”. It’s just experiments in survival. Today we’re outlawing LGBT and are outraged that LGBT person won Eurovision – but first LGBT team on Eurovision was sent by us too, and back then we were outraged that Europeans are archaic prudes that consider underage lesbians to be “inappropriate”. In the Ukraine, we’re both “condemning Neo-Nazi revival in Europe” and invite European Neo-Nazis to fight for us, together with European Far Left – we don’t discriminate. I myself switched political ideologies so many times that I hardly remember, inventing weird political hybrids to seize the day, some of them (like Krokodilism/NazDem) being approved by America to be used against Kremlin, while others (“purple” Neo-Eurasianism) approved by Kremlin to be used against America.

We’re cynical and selfish munchkinists, we use whatever gives the most plusses here and now. We want to survive and we want to live good, and if the way to get it is to mutate into something, we’ll mutate into it immediately and without hesitations. So, you aren’t dealing with political reactionaries, but with intelligent hungry monkeys that decided to capitalize on modern reactionary wave in YOUR home countries. Just like when we were “Marxists” what we really did was hijacking popular European political movement for our ends, and when we were “Democrats” we actually tried to gain survival points by making an alliance with America.

If anything, that should upset you more. Reactionaries are limited and predictable. Monkeys are not. Eventually we’ll find a way to mutate into something cool. Until then, we’ll just keep trying. Current “Soviet/Orthodox” revival is reactionary dead-end, IMHO, but we wanted to try it since 90ies, and we have to try everything at least once before moving forward.

Like every Russian, I wanted to become a dictator of Russia once, and was one of the rare people who actually acted on that desire, for which I was arrested, which started a new Batman-style Russian tradition of putting coup leaders into mental asylums instead of prisons. But such power is such a pain in the ass, so much responsibility in micromanaging a country that is in perpetual crisis and underdevelopment, where half a country doesn’t even have water or electricity. Yes, I wanted the nukes, but running sewage is not something I want to be in charge of, and I don’t envy Putin now.

I want to focus purely on mutations and development, be a guy like, say, Deathshead from “Wolfenstein”, with my own high-grade labs and facilities. What I have now is underground semi-legal organization with near-zero budget. I can make stuff like cryptocurrency and primitive biomods that are more aesthetical than practical, but not robotics or rocketry or decent human modification. The fact that I waste my precious time for activities that are below my intelligence level fills me with rage. I have no interests other than curiosity and greed. I am just a space monkey without a blaster that wants to have one. And that is much worse than if I was a Nazi. That’s why “Wolfenstein” franchise switched Hitler to Deathshead as primary antagonist.

If I was born in some developed country I would be a tech entrepreneur and a good guy. But I don’t view myself as bad guy either. I killed people, but not because I wanted to. I am nerdy and sentimental and try to avoid harming even animals and insects. But I was born in a savage land, and I adapted. That’s it. 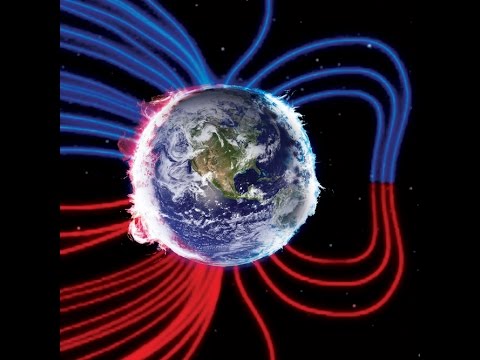