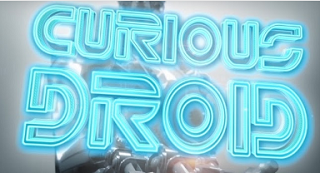 NASA has a mission protocol which says that if a Low Earth Orbit mission increases the lifetime risk of the crew getting cancer by more than 3% they won’t go ahead with it but the upcoming mars missions may expose the crews to levels that would be beyond that limit and other hazards, so how dangerous is deep space travel to Mars and beyond.

With Elon Musk pushing to get men on Mars by the mid 2020’s and NASA looking to do the same for the 2030’s, just how much have we learned since Apollo and from the space stations. 50 years on from the beginning of the Apollo missions and we have yet to send any man back to the moon let alone on the much more arduous journey to our nearest viable planet Mars.

Now whilst much of this has been lack of political will in the face of our own manmade problems here on earth, it’s also down to the increasing sophistication of robotic probes and landers and that they are much cheaper to make, launch, can go where no man could and can continue working for sometimes years at a time, the Voyager probes are still going 40 years after their launch. If we relied on manned discovery only we would know a fraction what we do now.

With data from the probes which we have sent around the solar system since then, we have built up a picture which is far from the vision of just whizzing through inter planetary space. That and along with the joint NASA Russian experiment of having men in space for a year onboard the ISS, we now have a much better understanding of what they may experience on the two and half year round trip to Mars. We humans, evolved on earth and our bodies are adapted to moving around under the effects of the 1G of gravity, take that away and problems also start to arise with our physiology.
We often forget what a sheltered life we all lead here on our little blue dot in the harshness of space. We are protected from 99.9% of the harmful radiation not only from the sun but also other galactic sources by our atmosphere, the earths magnetic field and the Van Allen belts, yes they may be a pain for space travel but they do protect us from further radiation on earth.

Get beyond the shelter of these and open space is far from empty. It’s teeming with not only radiation from our sun but also much more powerful radiation from outside our solar system in the form of Galactic Cosmic Rays and gamma rays. Most of the hard data we have about the levels of radiation in deep space comes from the Radiation Assessment Detector instrument which was onboard the Mars rover curiosity, part of the Mars Science Laboratory which was launched in Nov 2011.

The Radiation Assessment Detector was turned on for the about 220 out of the 253 day journey to Mars and showed that the radiation levels were between 100 to 1000 times higher than that on the earth for an unshielded occupant but it was highly variable and depended a lot of the level of solar activity at the time.

Experiments done on earth with beam accelerators, computer modeling and with confirmation from the Cosmic Ray Telescope on the Lunar Reconnaissance Orbiter as it goes around the moon have shown that plastics with high hydrogen contents are more effective than the same weight of aluminum at stopping particle radiation both from the sun and Galactic Cosmic Rays and this is being incorporated in to the latest space craft designs like the NASA Orion and SpaceX Dragon 2.

Galactic Cosmic Rays are the Protons and nuclei of atoms which have been expelled from supernova’s and other violent cosmic events and have been accelerated to near the speed of light, because of this they have much higher energy levels and can pass right through the space craft and crew. Shielding helps but it’s a compromise between the thickness of the shield and the extra weight involved which makes it more difficult to get it in to space from the earth.

To contend with solar flares, a radiation shelter in the craft where there is extra shielding has been proposed for the Spacex mars mission. Liquid hydrogen or water storage tanks around the crew areas provide a good shield against particle radiation and creating a strong magnetic field around the crew areas are all possible but don’t protect well against electromagnetic wave radiation like Gamma rays.

Using the Curiosity data its been calculated that the radiation risk of a return journey to mars would be about 600mSv, equivalent to about 50 full body CT scans over that period or being on the ISS for 4 years. This is also about 30 times the yearly allowance for a radiation power worker and that not including the stay on Mars its self. A dose of 1Sv or 1000mSv is associated with a lifetime increase in fatal cancers by about 5% which is near the level that the whole mission including the stay on mars…….

The Mont Order’s View On Globalism