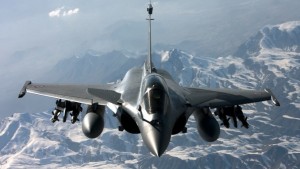 India and France on Monday inked an inter-governmental MoU on the sale of 36 French fighter jets. According to a statement of Indian Prime Minister Narendra Modi, financial aspects and details of the deal are yet to be worked out. It means technically, both parties have finalized the details of the deal.

“Only financial aspects of the Rafale deal are left. The inter-governmental agreement has been finalised. It will be done soon,” Modi said in his statement after delegation-level talks with French President Francois Hollande.

Dassault Aviation, the maker of Rafale jets, has expressed its satisfaction over the discourse of this deal.

Dassault Aviation is very pleased with this progress, and is actively supporting French authorities in their efforts to finalize a complete agreement within the next four weeks.”

According to media reports, a team of Dassault Aviation will visit India by the end of this month and will have meeting with Indian Naval officials in order to pitch the Navalized version of Rafale.

The issue of financing is critical. It is worth noticing that the original deal of MRCA for 126 jets was envisioned at US$ 10 billion initially which soared to a whooping more than US$20 billion in 2014 before it got cancelled finally due to the huge pricing. Now, Dassault Aviation is hoping to sign a US$9 billion deal with India just for 36 planes.

Now this is an insanely expensive deal considering the fact that weapons and maintenance accord are not part of the deal. Though Indian economy which is growing more than 7% can afford such deals, it will not happen without political repercussions. To that end, the Indian side wants inclusion of an offset clause binding France to invest 50% of the deal (US$ 4.5 Billion) in India as offset. Furthermore, Indian Air Force also wants customized version so that they can put off-the-shelve Indian ordinance and sensors on the aircraft. French manufacturer would be contemplating the impact of such a customization on its own business interests in the long run. French may agree on required level of customization but will certainly ask for extra money and this might be one of the reasons for such a high price for this purchase.

Most probably these are the issues which are being discussed between the two parties and final agreement will be reached soon.

How this deal is going to impact the existing balance of power in the region particularly between Pakistan and Indian air forces? This is a critical question for Pakistan because introduction of such sophisticated systems in sub-continent will impact the balance of power and Pakistan will have to restore this balance again. We will take a look at options that PAF has but before that, below is summery of official specifications of Dassault Aviation’s Rafale Omni-role fighter which IAF is going to have in couple of years’ time.

PAF is in need of high end 4.5+ Gen aircraft to mitigate the threat posed by Rafale deal. There are number of options available to PAF but none of them is easy to acquire considering their cost and political differences with origin countries.

Whatever option PAF chooses, it will enhance its operational capabilities but the nature of modern air combat demands an all aspect deterrence which comes only after tight integration of all ground and air based sensors. A compete air defense system which infused all the information to create a bigger picture for air commanders will be real answer for PAF to any future acquisition by IAF. This does include the latest aircraft but it encompasses the upgrading and modernization of entire air defense system including acquiring Long Range Surface to Air Missiles (LR-SAM).

ISR (Intelligence, Surveillance and Reconnaissance) capabilities are of preeminence in any modern air force. Apart from modernizing air defense network, this is another area where PAF can get real time advantage over adversary during a conflict.

If PAF can invest on modernization of air-defense and acquisition of LRSAMs like HQ-9 or HQ-16 along with Russian medium range SAM along with concentrating on Block-3 development, there is a realistic opportunity for PAF to switch directly to 5th generation fighters from current 4th generation fleet of F-16s and JF-17s.

A comprehensive air defense system and latest models of F-16s and Thunders (if developed in numbers) can play stop-gap measure role until J-31 is offered in international market. Evolution in air force like other sister forces is natural and inevitable. One day PAF will eventually move to 5th generation fighters so why not drive this evolution in a planned manner so that PAF keeps its promise of guarding the air frontiers with a possibility to restore the lost technological advantage which once was the most important characteristics of its overall psyche. 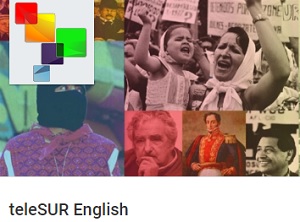