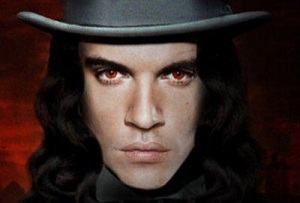 Wireheading – a term from science fiction that was coined some decades back to describe people who use electrical stimulation of the “pleasure center” of the Human brain to achieve the absolute maximum happiness possible. As a result the Wirehead often dies of neglect since the impulse to eat and drink, or indeed do anything at all, becomes insignificant compared to the ecstasy of the next jolt. The concept itself was in turn based upon studies of rats that had been implanted with electrodes in an experimental setup where by pressing a lever a the animal could self administer a jolt of supreme pleasure. The result being that they continually pressed the lever until they collapsed from exhaustion.

However, in the years since the term appeared wireheading has not been a problem simply because it requires an operation on the brain and neither prospective addict nor neurosurgeon would ever consider undergoing or performing the procedure for so trivial a reason. The closest it has come in recent years has been experimentally in the treatment of pain, epilepsy and chronic depression, which shows some promise. Even so, only about one hundred such operations have been conducted over the past fifty years. The response has been similar to those lab rats pressing a lever, albeit somewhat moderated by the intelligence of the subjects. Nevertheless, it does seem to hold a massive potential for addiction.

Things changed a few weeks ago with a science paper that described the use of Transcranial Direct Current Stimulation (tDCS) and specific placement of electrodes on the scalp to trigger a release of endorphins in the brain. Endorphins are opiate-like chemicals whose release is very similar to the effects of opiates like Heroin and Morphine in that they reduce pain, and induce a feelgood euphoria – the so-called “runner’s high”. The intent of the research is to provide a non-drug and non-invasive therapy to treat chronic pain. Nevertheless, it does appear to be a realistic route to a gentler kind of wireheading that may also be addictive. The key is the simplicity of the apparatus required for DIY tDCS. At its most basic all that is needed is a constant current source, a battery and two electrodes coming to a total cost of less than five dollars. The hardest part is actually securing the electrode pads to the head to provide the fifteen minutes or so of stimulation. Although there are at present no cheap headsets available, there soon will be, with several Zero State people (amongst many others) looking into making a commercial device.

Of course, tDCS can be used for a lot more than simply providing a (so far) legal opiate high. In fact, the most popular configuration amongst users is one which creates a mental state that psychologists call “flow”. In such a state the person performing an activity is fully immersed in it, with a feeling of energized focus, full involvement, and enjoyment in the process of the activity. The “inner voice” that distracts is quieted. However, even this has been shown to foster addiction. Additionally, the uses of tDCS include speeding of the learning process, both physical such as dance, sports and martial arts, and intellectual. There are also indications that it can increase general intelligence and mathematical ability. It is therefore a technology that could have a massive social impact over the next five years. How much of an impact depends on a number of, as yet, unknown factors. The major one being the chronic effects of the use of such devices. Typically a fifteen minute session wears off after a few hours – but does chronic use cause the brain to permanently adapt to the new condition? Can nootropic drugs such as Piracetam “plasticize” the brain to make the effects permanent? These are experiments that conventional scientific establishment researchers find difficult to conduct for ethical reasons. Not so DIY biohackers who use themselves as guinea pigs.

By now, some of you must be asking the question “What about the friggin’ vampires? – where do they come in?”. Well, the key aspect concerns the truth behind the vampire myth. Traditionally they have been interpreted as personifications of everything from the effects of premature burial, symptoms of porphyria and rabies to fear of sex and the connection of blood with AIDS and “safe sex”. There is however a lesser known interpretation which is more apt given the thrust of this article. It is the similarities to the only true intelligent predator most people will ever meet – the psychopath. Consider some of the characteristics attributed to psychopaths: superficial charm, a sense of uniqueness and superiority,  need for stimulation, pathological lying, cunning and manipulating, lack of empathy and remorse, callousness, poor behavioral controls, impulsiveness, and risk taking. Such people typically make up around four percent of the population, and a much higher percentage of the prison population. However, the more intelligent ones tend to end up running things, from governments to banks and multinational companies. It can be argued that, with intelligence and discipline, the traits of a psychopath can be very conducive to worldly success.

Which brings us to the second mind altering technology – high power Transcranial Magnetic Stimulation (TMS). This tech is considerably more complex than tDCS as it involves a high voltage high power electrical discharge through one or more coils placed close to the head. The resulting shaped magnetic field can stimulate areas deep within the brain. TMS is not yet on the menu for biohackers, but soon will be as cheap versions are under development by various individuals and groups. One particular experiment of interest was conducted at the University of Essex on the research psychologist Kevin Dutton.

The aim was to damp down the parts of the brain responsible for emotion and moral reasoning in order to simulate some of the features of the psychopathic brain. It took about fifteen minutes.

The results? In his own words…

…enhancement of attentional acuity and sharpness. An insuperable feeling of heightened, polished awareness. Sure, my conscience certainly feels like it’s on ice, and my anxieties drowned with a half-dozen shots of transcranial magnetic Jack Daniel’s. But, at the same time, my whole way of being feels as if it’s been sumptuously spring-cleaned with light. My soul, or whatever you want to call it, immersed in a spiritual dishwasher. So this, I think to myself, is how it feels to be a psychopath. To cruise through life knowing that no matter what you say or do, guilt, remorse, shame, pity, fear—all those familiar, everyday warning signals that might normally light up on your psychological dashboard—no longer trouble you.

It even improved his score on a popular video game, before the effects wore off within half an hour.

Although this is probably not the first such experiment it does for the first time provide an insight into both types of psychology in the same person.

The thing I found both interesting and worrying was how apparently enjoyable it was being an ersatz psychopath. How many people, having experienced that state, would want to experience it again and again? How many might opt to try and make it permanent if that were possible? To swap the everyday nagging worries for a superhuman clarity and don’t-give-a-shit attitude? From a personal point of view, I am not sure I would be immune to its allure. Of course, sitting here I can imagine how bad it might be for those around me but, if I tried it, surely all those concerns would melt away? A real Dr Jekyll and Mr Hyde moment. Who would win – me or the shiny new predator me?

Naturally, such a choice is predicated on getting these states to “stick” and all the above speculation applies as much to TMS as tDCS. If it can be made permanent, or even long duration (days) then we might see something amounting to a mini-singularity in the social arena. Nobody has any idea what might happen to society if these technologies became commonplace consumer items. The wireheading may or may not have fairly benign effects, and the capacity to boost intelligence across a populace might well be beneficial. However, it is difficult to see any social benefit from the vampire makeover where the predator/prey ratio goes from 1:25 to something far higher. Indeed, one can imagine some of the negative results ranging from increases in all types of crime to a massive decrease in charity donations and a far greater callousness and casual brutality in all spheres of life. The result would be a rather sharp increase in unhappiness for those who “just say no”, and subsequently increasing pressure to undergo the “treatment”.

Anyway, we will know soon enough how viable these speculations may be, and if they are viable we might see a vast change sweeping the world within the next five years. By the time governments get around to banning such technology there will likely be a thriving black market just as there is for existing illegal drugs, and we all know how successful that is. The future always arrives, but seldom as we might expect it, connected to a 9V battery. 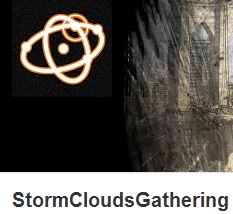 How to Overcome Fear When Facing Real Danger – SCG