Did anyone, including the UN and HR organizations, ever notice that besides Israel, we still have another apartheid regime on the face of this planet? Yes, it is none other than the citadel of Islam, the Saudi Arabian regime. The loudest message of Islam is that all humans, irrespective of caste, creed and ethnicity, are equal and no one has any preference over others in the eyes of God. Yet, not all Saudis are equal. The members of Royal Family are more equal than other Saudis. Other Saudis are judged on the basis of their faith and all key jobs are doled out to those who profess the Salafist faith, the one professed by the Royals. The black population, which was slaves many hundred years ago, are still treated like slaves and no black, no matter how enlightened and educated he may become, can rise in the social order.

The discrimination is not restricted to Saudis alone. Muslims from other Muslim countries, particularly from developing countries, are treated as underdogs. Even Saudi women are treated as half-humans and they are not allowed to go out without a male escort who has to be either husband or brother or son. The Saudis, like their counterparts in Gulf states, are biased in favor of Whites coming from UK or the US. The salary structure of all the employment entities is such that Whites and non-Whites working for a similar kind of job are paid different compensation package. All those who want to work or do business in Saudi Arabia have to do it under a Saudi kafeel. A kafeel is a parasite who lives on the portion of business profit or wage without making any contribution. This is a modern form of slavery and businesses and workers from abroad live during the pleasure of a kafeel.

The ugly side of various manifestations of apartheid was highlighted by media during a recent execution of seven young Saudis by firing squad on March 13, 2013 for armed robbery. This is in addition to hundreds of executions carried out every year. The convictions were made as a result of decrees by judges of Salafist face when there is no formal legal code and decisions are arrived at through discretion. Those executed were from the impoverished southern tribes of Saudi Arabia, which have been a target of the monarchy’s systematic discrimination.

Saudi Arabia has generally remained unaffected by a recent wave of Arab Spring mainly because of harsh treatment it metes out to dissent. It is bitterly opposed by another clerical regime, Iran because of so many reasons. Iran and Saudis’ rivalry goes back to many centuries ago and their clash has mostly been ethnic in nature with Arabs arrogantly treating all non-Arabs as Ajamies deaf and dumb. Although Islam annulled this discrimination, the modern day clash is because of Iran’s Shiite Muslim faith which Salafist do not recognize as a Muslim faith at all. Saudi Arabia is also against growing influence of Iran in the Gulf States, particularly Bahrain having a predominantly Shia population. Both are fighting proxy wars in Pakistan and Syria. The US is aware of the fact that terrorist outfits receive financial assistance from Saudi Arabia to destabilize Pakistan on sectarian grounds. 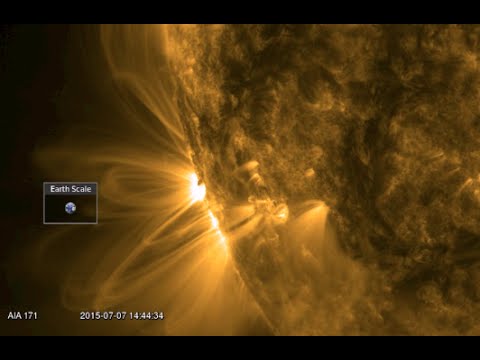 Something Strange Is Happening in Seattle