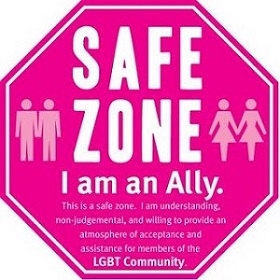 “If you are neutral in situations of injustice, you have chosen the side of the oppressor.” –Desmund Tutu

As many of you are no doubt aware, last year the Russian government enacted legislation preventing ‘gay propaganda’ being presented to minors. As a result of this, violence and discrimination against the country’s gay population has increased.

I recently signed All Out’s online petition to urge world leaders to take action against this injustice, and I hope you will consider signing it too. Russia is presently one of the most homophobic countries outside of the Islamic World, and for its government to not only permit but encourage the persecution of LGBT people is deplorable. For the lives, safety and dignity of the innocent people living in Russia, we must make it clear that this is not acceptable.

This is not merely a matter of conflicting cultural values. Homophobia is inherently irrational, as it is based purely on primitive tribalism; an Us vs Them mentality. Homophobia brands homosexuals as ‘others’, thus making them subhuman and justifying their inhumane treatment. To hate and fear someone simply because they are outside of your arbitrarily defined clan and dismissing them as inferior to yourself is based purely on instinctive tribalism and not on any rational analysis of empirical evidence. Such primal, gut reactions should never be the basis for law or policy in a just and enlightened society.

Fear can be rational, but in order to be rational the object of your fear must actually possess both the ability and the inclination to cause you harm.

Individuals engaging in same-sex romantic and/or sexual relationships harm no one.

I’m a Canadian, and we’ve had nation-wide marriage equality for almost a decade now. We are widely recognized as one of the most gay-friendly countries in the world, and we are also one of the best countries in the world. Canada is ranked in 11th place on the Human Development Index, whereas Russia is at fifty five. Treating gay people as equals and as Human beings has not resulted in the collapse of our society.If you need any assurance that accepting gay people will not result in the collapse of civilization, you need look no further than the Great White North.

As my great country makes clear, gay people don’t cause individuals or society any harm simply by existing. Persecuting them is thus irrational. Hating gay people is a waste of your time and energy that is better spent addressing real problems. Homophobia is as irrational and ridiculous as hating left-handed people, or red-headed people. All these ludicrous prejudices are based purely on unthinking tribalism. Anyone who hates and fears ‘Others’ simply for their otherness in the absence of any actual threat has clearly never given the issue any real thought, and beliefs born of ignorance should never be given any credence.

The reality is that gays are people and that they are harmless, and are therefore entitled to the same Human rights as anyone else. To deny them this is an injustice and should be condemned as such. Russia is a conservative country and thus many of its people draw comfort from tradition, but an injustice is still an injustice no matter how long it’s been going on. Traditionalism cannot be used as an excuse to deprive people of their basic rights. If it could, we would never have abolished slavery.

The 2013 law that has now gained worldwide notoriety is primarily concerned with preventing children from being exposed to ‘gay propaganda’, seemingly because they believe that such propaganda will turn children gay. Again, this is not based in reality because Human sexuality does not work that way. It is also irrational to not wish for your children to be gay, since gays are people like everyone else and not a monstrous race of Others as many Russian homophobes seem to believe. If you would prefer heterosexual children simply for the sake of ensuring your germline, then you should have a large family. As long as one of your kids has kids of their own then you’re covered. If Russians feel that homosexuals are shirking their reproductive duties, I would like to point out that the Russian fertility fate is below replacement levels, so straight Russians aren’t making their baby quota either.

Finally, what’s going on in Russia right now is not just a gay rights issue. It is a Human rights issue. This law is a blatant violation of freedom of speech. To use one of the homophobe’s favourite fallacies, that is a very slippery slope. If Russia can ban ‘gay propaganda’, what other kinds of propaganda might they ban? Russia is sliding back into authoritarianism, and that’s not good for anyone. Any country where someone can be arrested for waving a rainbow flag is not a free country. For the sake of all Russians and all Humanity, this situation should not be allowed to deteriorate any further than it already has.

Please follow the link below to sign the petition. We must make it clear to the Russian government that gay people are our fellow Human beings and that their persecution is an injustice that cannot be allowed to continue. Please help make Russia safe not only for our Olympians, but for all Human beings regardless of their sexual orientation.

The Real Science Of The EHT Black Hole