Declaring that the Mont Order is a global group of dissident thinkers, the code of Mont states in its fourth point, “the Order can relate to the Islamic world and hopes that it will overcome Wahhabism and Takfiri sectarianism, which are plots sown against Muslims to attack their unity.”

The real threat is unfortunately even broader in scope, and threatens not only the lives of Muslims with chaos and the miseries of civil war but threatens everyone. No society could be immune to a power that finds comfort in dividing everyone else to make itself feel strong. What it needs to be called, really, is a threat to global unity.

No one will contest that at the end of the Cold War, the United States set about creating what it called a new world order, to use the words of then President Bush Senior. This so-called new world order, for all the enemies it has attracted, could have been a good thing. The concept of uniting the whole world in a single global society, however it may be accomplished, is not a bad thing.

A united global nation has been the goal of much political thought and action since the Enlightenment, and even more so after the First and Second world wars. It was to have been based foremost on the values of equality and brotherhood, and on the self-determination of peoples. The United Nations was created in that same spirit, with hopes that it might eventually lead to the beginnings of some kind of world government.

However, after the end of the Cold War established the United States as the master of the world, it disregarded the self-determination of other peoples. It vowed essentially to unite the world in the name of peace, but it squandered the opportunity. It did the opposite, instead dividing the world in the name of war. The US saw only its own bloated image when it thought about the future of the world, and set about imposing its own will on others without asking their consent. This has led to the antagonism that many people today feel when they hear of the “new world order”.

With the defeats of its forces in Somalia, Afghanistan, Iraq and elsewhere in the post Cold War strategic environment, the United States turned away from the idea of global unity. Today, the US is more interested in searching for enemies and finding differences with others than in finding any common ground with them. It is more interested in inciting discord and sectarianism even within foreign states and societies than building a global consensus-based society. As such, the US strategy of global dominance is no search for global unity. Instead, it is a repetition of the old maxim of “divide and rule”, the strategy of ancient kings and emperors.

Still, lip service is given by the US government and the West towards the idea of eradicating extremism and sectarianism to pave the way for global unity, but their every action promotes disunity. Actions speak louder than words. If what is happening in Libya and Syria is how the US wishes to turn all opposing states, then the role of the US in promoting any type of global unity needs to be seriously re-examined.

If actions speak louder than words, then the US is not taking humanity forward to a united global polity. The US does not have the answers the world desperately needs at a time of dwindling resources and expanding populations. Its actions are not moving humanity forward, but backward, to something that can only be called tribal.

Most of the globe is profoundly less unified under US moral political “leadership” than it was before. In Eurasia, the US aligned itself with religious troglodytes and petty nationalists to break up the former Soviet Union into as many small republics and emirates as possible. Hatred and killing plague the former Soviet republics today that were previously unheard of when those republics were united. In the Middle East, the US strategy is even more divisive, attempting to co-opt and bribe even the smallest tribes and sects to attack the cohesion of stable governments.

Even if we take the view that nationalist dictatorships in the Middle East are not conducive to building a unified global society, tribal areas and primitive religious emirates are even worse. The worst offense of all is the devotion to the myth, as rejected in the Mont Order code, that Islam is inherently plagued with extremism and sectarianism. Almost every television broadcaster in Europe and North America promotes this myth, as if to keep it alive and thereby keep the conflict aflame in the region. In reality, Islam has been and will always be the single most unifying force in the Middle East, and indeed is even supportive of global unity in much of the wider world. The claim that Syria, Lebanon and other states are experiencing mutual warfare between Shias and Sunnis is untrue.

Why is this internecine conflict promoted and sustained by the narratives designed by the US foreign policy elites? Why are they not instead occupied with how to unite the world and bring peace to embattled countries?

The US and its allies in the Middle East are in a Cold War against Islam, and do to it what they did to the Soviet Union when they incited divisions after its fall. They did the same to Libya and Syria in recent years. Going beyond even the notorious idea of divide and rule, the US strategy towards its foes is to divide and destroy. The whole world must be at each other’s throats for the American regime to survive, because it cannot tolerate any cohesion or organization among its critics.

One Mont Order blogger, Sophie Stephenson, theorized in 2014 that the US neoconservatives are obsessed with reducing the size and political unity of all the United States’ perceived enemies. The US will do anything to achieve its goal of dividing and destroying everyone else, even supporting its own most violent and primitive enemies such as the terrorist groups al Qaeda and “Islamic State”. A primitive, reduced enemy existing in disarray and civil war is their preferred enemy. To the US, such a fractured and destroyed country may even be better than an ally. An ally, after all, can change and pose a future threat. A destroyed state and a divided, collapsed society too busy murdering itself for petty sectarian reasons can pose no threat to them.

Religious and national sectarianism are equally attacks on development and political unity. To someone who values harmony, accord and unity as supreme accomplishments of politics, Ukraine and other new republics that emerged from the Soviet Union are illegitimate nationalist abominations. For them to assert delinquent nationalism, with farcical flags that have barely existed for twenty years, is only a step back for humanity.

The US, of course, supports these anti-Russian republics as part of its plan for the world to follow a negative trajectory back to the Stone Age. Only then, when it has seen the rest of the world reduced to feuding small states and tribal areas as different from the former Soviet state as possible, will the US at last feel secure.

From Syria to Ukraine, the US policy consists of incitement to civil war, thereby retarding human development, subverting the goals of the United Nations and disrupting projects to unite the world in peace. Anyone who values a more united global society must, therefore, recognize the enemy. US foreign policy must not be supported but ditched. Americans also must try to see beyond what is good for America, and think what is good for everyone else.

How Competitions Are Advancing The New Space Race 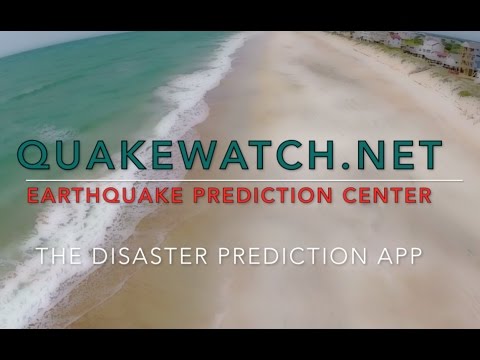