Originally Published By The Indy.

Tony, a 48-year-old homeless man, misses his wife. They used to take shelter at night together in his car, but he wanted better for her, so she went to live with her mother. He became unemployed and homeless after a construction accident stuck a skill saw through his leg.

He refuses to sleep inside the Laguna Beach homeless shelter because of overcrowding and because even if he can get in, he ends up sick, he said.

Tony isn’t alone in expressing his frustration with the conditions at the shelter, known as the Alternative Sleeping Location. The objections he voiced are also spelled out in a second lawsuit filed by the ACLU in August against the city of Laguna Beach.

The class action lawsuit holds the city responsible for failing to provide chronically homeless, mentally and or physically disabled individuals a suitable place to sleep. The city’s practice of providing limited shelter to the local homeless population, while at the same time harassing those forced to sleep outside because they can’t access the shelter “discriminates against, criminalizes, and endangers disabled, homeless persons and, in so doing, violates their civil rights,” the suit claims.

Some homeless people, as well as advocates on their behalf, have voiced frustration that the city’s shelter and the limited services available there fails to meet their underlying needs or speed their pay to re-entering the mainstream.

Recently, for the first time, the county took steps to establish a 200-bed, year-round shelter in Anaheim that will adhere to federal guidelines, requiring comprehensive services as well as overnight shelter. A funding decision by the county supervisors is expected soon.

Laguna Beach was pushed to open a year-round shelter in 2009 as a result of an earlier ACLU suit and settlement. The new suit alleges that the shelter violates constitutional protections of the homeless mentally ill because of its limited capacity and lottery system to select who gets an inside spot, as well as city ordinances that criminalize sleeping in public for those who fail to win the lottery.

“Homelessness is not a crime,” said Heather Johnson, an ACLU staff attorney. “Yet, the city has created a system in which disabled, homeless individuals often have no way to comply with the law.”

Two new plaintiffs, John Miller and Lisa Holbrook, were added to the original five plaintiffs last month. The ACLU is seeking class certification of the suit and a decision is expected this month.

The challenges at the shelter underscore the problem of homelessness in Orange County, where 15,000 people are predicted to go without shelter sometime in 2015, a 20% increase since 2013, says the county Health Care Agency’s point in time 2015 survey.

Advocates suggest the statistics reflect Orange County housing costs, ranking among the nation’s costliest rental housing markets, according to American Family Housing, of Midway City, Calif., which provides services to the homeless and low-income people. Rents locally climbed 5.3% in 2015 and average $1,820 per month, says a report by Marcus & Millichap, a commercial real-estate broker.

Laguna Beach City Manager John Pietig declined to comment on the shelter or its policies due to the litigation.

“While the shelter’s census fluctuates due to weather and the time of the month, demand ranges from 45 to 60 people a night, though there’s only space for 45 people,” says Dawn Price, executive director of the Friendship Shelter, which manages the shelter.

On any given night, the homeless descend on the shelter and try their luck to be selected through a lottery to sleep inside. Laguna Beach residents and those who’ve lived in the city get preference. The rest are on their own.

Police officers cite those who try to find refuge by sleeping in the shelter parking lot, downtown, or on the beach under anti-camping statutes, according to several homeless people, who declined to give their names.

Boise was also forced by litigation to revise its anti-camping policy. Now, city code prevents police officers from enforcing the ordinance on public property and when its shelters are full. The policy was amended in 2011 to avoid adding a hardship on the homeless, said Mike Journee, a spokesman for Boise Mayor David H. Bieter. The lawsuit was dismissed, partly based on this policy change.

Tony said the biggest challenge for him and his wife is trying to find a place to live, as it typically takes two incomes. As far as the shelter is concerned, he “would like to see the city make sure they have enough for everyone.”

Katrina Aune, 35, a plaintiff in the lawsuit, is originally from Vancouver, Washington. She says she has been diagnosed with post-traumatic stress disorder, depression and obsessive-compulsive disorder. While she has a job at a Lake Forest Auto Zone, she says she was evicted from a residential treatment facility for not meeting the house rules for rising early when she was ill. “The cycle of homelessness is not easy to break,” she said, via email.

She lamented that she’s “not mentally ill enough to get any real help,” and emphasized that she would like to have a roof over her head every night, but has nowhere to go, a common refrain among the homeless.

She’s been sleeping at the shelter – either inside or outside- for the past four years, on and off, she said. While some of the people who do not get a spot inside bed down in the riverbed, she refuses to do that, she said. “I heard a couple of gals did that and got raped,” she said. Instead, she sleeps in the parking lot on cardboard, a palette or a cot, if one is available.

“No one entity can end homelessness in Orange County alone,” said Donna Gallup, an advocate who works with American Family Housing. “More community engagement demonstrating how directing available funding can successfully transform the lives of others while improving our neighborhoods would reduce the fear that is often the foundation of NIMBY.”

The Friendship Shelter, which helps homeless adults achieve self-sufficiency in Laguna Beach, is also working on expanding its support of the homeless, but not through the shelter, Price said. Since 2013, its provided support services to formerly chronically homeless people in 25 apartments dispersed around south-county, and plans to add an additional 30 more by mid-2016, Price said. It’s part of a county-wide HUD project to create 100 housing units, she said.

Staff have been busy this summer assessing any chronic homeless person who is interested in permanent housing, Price said. 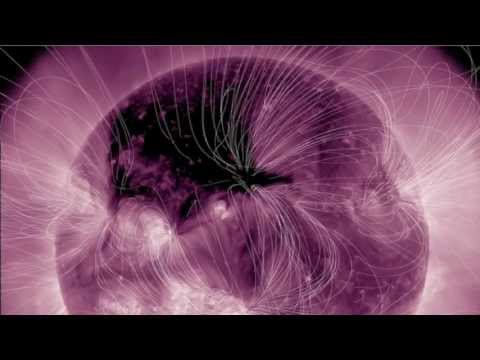