The internet has been called the largest experiment in anarchy. All online interaction seems to reflect this reality, and it is already necessary to respect it if one wishes to thrive online in terms of business or politics. In political terms, the internet drastically elevated the positions of common citizens, “hacktivists”, and even social movements.

Although the web has been with us now for quite a long time, it is still sufficiently new that its real potential to transform society has not yet been revealed. The second point in the Mont Order information society’s recent Seven Points program, which was developed by a council of five members in October of this year, addresses that mystery and our relationship to it. For now, the preceding point of the Mont Order’s new code must be considered, because it shares similar predictive power and is the necessary starting point.

The Order has clearly created an admirable model as an online activist group. It has demonstrated a capacity to grow, an ability to inspire devotion, and an ability to maintain relationships with networks of activists capable of real political pressure and change. Like Anonymous, it seats itself on a powerful meme, and the truth of any meme is subordinate to its popularity. Moreover, this article became necessary because it must influence existing devoted members of the Order and even greater reserves of candidates, who will receive their due blessing and support from Mont.

The first point addressed the kind of ideal organization anticipated by the Mont Order, both for itself and for aligned groups of activists and bloggers. That point can be called, in essence, organization without organization. The first point of seven states, “The Order maintains a philosophy based on collaboration, mutual support and grassroots coordination rather than traditional management.”

That means, as a principle, we might decide to shelter all who participate with us. Using the connections the internet brings, it would be no hard task for a determined collective to stand up and deny, disrupt, degrade and deceive any organized crackdown against a specific member. Any online affinity group can provide that cover to its members, as it is a fact that repressive governments or groups rely upon isolating their enemies in order to persecute them. Where only the elusive international Order can be tracked, and full responsibility cannot be placed on an individual, campaigns of persecution collapse with their own folly.

It is possible that the only reason Western governments are able to disempower their citizens by spying on their online habits is because the citizens are not party to a disparate enough collective, one dispersed even outside the jurisdiction of these regimes. Indeed, being party to an international collective not only denies these regimes power over you but robs them of their legitimacy, which is why such membership is a strategy for stateless strength and resistance across the globe.

As the internet radically reorganizes the way people communicate and coordinate, it wipes out the need for traditional forms of management and organization, piece by piece. No longer is it necessary for there to exist any kind of formal leadership, rules, politburo or legion of pamphleteers to disseminate a movement’s message for it. All the traditional mobilizing capabilities of a political party, media outlet or pressure group can be achieved without a formal organization or headquarters.

The constellation of technologies would actually enable a lone person to run a whole media outlet or social movement from his home. There are now multiple examples of such personalities to be found on the internet. Although that observation points to individuals gaining unprecedented power via the technology, one should never be dependent on one person’s apparent power or invulnerability. Personal activist brands developed online inevitably appear dictatorial, and they are coupled with a vulnerability to be being easily deemed illegal and taken offline at the behest of that brand’s detractors.

In order to survive disruption, alternative media groups and dissident movements will have to mimic the structure of the internet itself, linking to countless other sites and movements rather than emphasizing any single site or entity. By such means, they will entrench themselves, making it impossible to eradicate their influence without “switching off” the internet itself.

Microblogging websites like Twitter enable exactly the above entrenchment because of the ease of setting up accounts and pushing content through them, as well as rapidly building confidence and solidarity between the site’s millions of users. Already, powerful governments such as the Erdogan regime in Turkey have reacted viciously to Twitter, as well as YouTube, seeing no alternative but calling for them to be shut down.

If the internet can give activists the virtual trenches they need to withstand a legal and physical onslaught by the world’s most powerful governments to the extent that they see no alternative than to pull the plug, revolution in one form or another becomes inevitable. Events in Egypt, in which then-dictator Hosni Mubarak shut Facebook down, actually provoked enough outrage to give the Tahrir Square movement the social momentum it needed to succeed. For a government to switch off the whole internet would create an even more powerful tide.

Activists standing against the world’s most powerful regimes can take refuge in the internet. If we understand and mimic the social structure of the internet, promoting all solidarity and mutual assistance eventually between millions of users, the archaic states and authorities will find themselves powerless to silence the will of the people.

It can be predicted that applying non-traditional forms of leadership based on the internet could follow the Egyptian pattern, and put the political and media elite under so much strain that they have no option but to attack the grid itself and bring about a primitive collapse. By the same facts, the world’s most arrogant regime will spy on everyone, but it will not stop everyone.

Indian Rafale Deal: What Are Options For Pakistan? 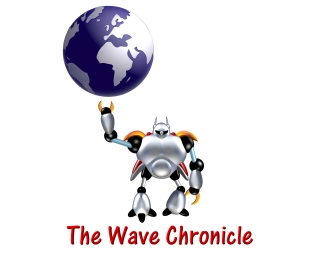