Something Strange is Happening in Atlanta https://www.youtube.com/watch?v=zlmZY4wFSsE

Man charged with I-85 bridge fire pleads not guilty, to be released on bond https://www.ajc.com/news/man-charged-with-bridge-fire-pleads-not-guilty-released-bond/LDzCVxXNTp5Y3zckgzAdpL/new.html

Smoke rises Hartsfield-Jackson Atlanta International Airport during a drill, Thursday, Dec. 7, 2017, in Atlanta. Authorities say a routine training exercise near the world’s busiest airport in Atlanta produced a plume of heavy, dark smoke rising over the city and visible for miles. The airport is is the world’s busiest, serving more than 104 million passengers annually. (AP Photo/Ron Harris) The Associated Presshttps://www.usnews.com/news/best-states/georgia/articles/2017-12-07/heavy-smoke-over-atlanta-airport-part-of-fire-training-drill

FBI Atlanta Statement on Fire and Outage at Hartsfield-Jackson Atlanta International Airport
The FBI is working alongside Georgia Power, Atlanta Fire Rescue, and ATF following logical leads into the fire that caused the power outage at Hartsfield-Jackson Atlanta International Airport. Although it has not been ruled out, at this point there is no information to suggest there was any insider threat or nexus to terrorism.
https://www.fbi.gov/contact-us/field-offices/atlanta/news/press-releases/fbi-atlanta-statement-on-fire-and-outage-at-hartsfield-jackson-atlanta-international-airport

December 17 was one of the most unusual days in the history of Atlanta’s Hartsfield-Jackson Airport (ATL) when an electrical fire crippled both the main power system and its backup. How was it for #ATC? Business as usual. Read more in the ATCA Bulletin.  http://lesterfiles.com/pubs/ATCA/2018/Issue1-2018/page_1.html

Root cause for airport outage still a mystery for Georgia Power https://www.myajc.com/business/root-cause-for-airport-outage-still-mystery-for-georgia-power/FfM3v9wFF5IH1qbtzsukzJ/(CNN)Four times, the parents of a missing doctor with the US Centers for Disease Control and Prevention have been told that a body has been found. Each time, Tia and Terrell Cunningham are sent into heart-wrenching agony, only to learn that it isn’t their son.

Before Cunningham’s disappearance, he told a neighbor to have his wife delete his number from her phone. https://www.myajc.com/news/crime–law/police-missing-cdc-researcher-was-upset-didn-get-promotion/U8abmBXjZqJ4yM7uqUXBMN/

“I feel like I’m in a horrible ‘Black Mirror’ episode,” his sister, Tiara Cunningham, told the New York Times, referencing the dystopian sci-fi television show. “I’m kind of lost without him, to be quite honest.”Terrell Cunningham also had concerns about recent interactions with his son, whom he described as focused on a host of professional and personal issues.

“The tone and the numerous exchanges gave us reason to be concerned about Tim,” he said. “And I don’t know if it’s an instinct you have because it’s your child, but it was not a normal conversation, and I was not comfortable.” The family did not immediately respond to a request for comment.https://www.washingtonpost.com/news/to-your-health/wp/2018/02/25/a-cdc-researcher-left-work-sick-two-weeks-ago-then-vanished/?utm_term=.8d527a3cd2cd

Timothy Cunningham publications  http://archive.li/cnLWgAnyone with information on his disappearance is urged to call 911 or the Atlanta Police Homicide/Adult Missing Persons Unit at 404-546-4235.

Dalton High School Students Are Speaking Out on Twitter After a Teacher Fires a Gun
https://www.glamour.com/story/dalton-high-school-students-are-speaking-out-on-twitter-after-a-teacher-fires-a-gun

After their teacher fires a gun at school, Georgia students use opportunity to challenge Trump’s proposal http://www.latimes.com/nation/la-na-teacher-shooting-20180228-story.html

The report says he went to the hospital after the interview, because he was thinking about hurting himself.http://www.wsbtv.com/news/local/dalton-high-school-on-lockdown-police-responding-to-shots-fired-call/708623182

Is The Universe Finite? 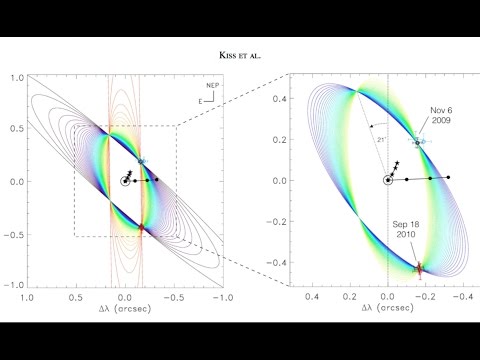