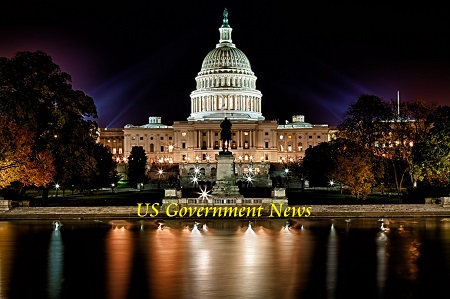 Editor Note: Three different items coming in from the Department of Energy.

Alejandro Moreno recently joined the Water Power Technologies Office (WPTO) as director and will lead the hydropower and marine and hydrokinetic (MHK) portfolios. The Energy Department (DOE) is nothing new to Alejandro, who worked as a team lead at DOE for Hydropower and Ocean Energy from 2008-2012. Even at an early age, water was important to Alejandro and he fondly recalls playing in the waterfalls as a child below the Falls Village Hydro Station in New England—one of the oldest hydropower plants in the United States. Years later, it’s become a passion. He sat down with me recently to discuss what brought him back to DOE, where the industry’s been – and where he sees it going.

You come to us from positions at the International Finance Corporation and The World Bank. What brings you back to water?

I’ve always kept a close eye on the industry. As the first person to lead the water team, the success of the office and the industry is close to my heart. It’s also an exciting time for water. It’s clear that hydropower, as a low cost and flexible energy resource, has a significant role to play in the power grid. At the same time, MHK energy is starting to show what it can do, with nearly full-scale devices in the water and ongoing development of new ways to increase energy capture from waves and currents.

How does your experience at The World Bank help you in this new role?

My work centered on making it easier for the private sector to invest in power generation. Recently, I focused on how to move beyond the “first generation” of renewable energy support policies–fairly blunt mechanisms like feed-in tariffs, for example—to understanding what’s needed from power systems as a whole to integrate large amounts of solar and wind power. This hammered home the value of hydropower, which can generate power when needed and provide critical services to the grid.

My experiences at The World Bank were instrumental in understanding more about the context in which hydropower and MHK operate—among other renewable technologies and in the power system as a whole. Being there when solar power reached grid parity in many countries left a lasting impression. The speed at which solar has taken off from pre-commercial to a low-cost solution for power generation highlights the importance of the type of work DOE does.

What excites you most about the office’s recent accomplishments?

The office has done so much toward making the full potential of water power a reality. The Hydropower Vision, for example, showed that major hydropower resources are left untapped, and it reinforced the tremendous value of hydroelectricity to the stability of the grid. It also confirmed that modern hydropower can be perfectly compatible with protecting the ecological integrity of our waterways, an important goal that we all share.

In MHK, the Wave Energy Prize competition showed us that big advancements can be made in the performance of wave energy conversion (WEC) technologies, which will lead to major cost reductions. DOE set a goal to double WEC performance. We saw four teams exceed that benchmark, and the winning team outdid it by five times. We also just announced that Oregon State University will lead the construction of a national grid-connected, open-water test facility pre-permitted for multiple WEC types.

How do you plan to lead the office and grow hydropower into a prosperous and productive future?

The only way I can do this is by going out and meeting with the people and organizations who live and breathe this industry every day. If you are one of the more than 50,000 Americans responsible for keeping our country’s critical hydropower infrastructure up and running, or someone who has spent sleepless nights designing and building new systems to deliver reliable, affordable energy from our waterways and oceans, I want to meet you.

Meet the Plant that is Bridging Renewable Energy, Rural Development, and Environmental Benefits

When you picture farmland, what is the first thing that comes to mind? Many of us see long rows of crops like corn. However, for many farmers across the United States, this picture is starting to change. Growing deep-rooted perennial crops, like switchgrass or willow, together with annual crops and livestock in a farming system is starting to gain traction. This is due in large part to the potential economic and environmental benefits. For example, deep-rooted plants like these help improve water and soil quality, improve wildlife habitat relative to annual crops, diversify sources of income, and improve overall farm productivity. A project funded by the Energy Department’s Bioenergy Technologies Office is looking to take these benefits one step further, by showing how perennial plants grown for bioenergy could be integrated into agricultural landscapes in a way that benefits the farmer, the larger community, and the environment.

For this project, Argonne National Laboratory (ANL) worked with nonprofit and university partners to measure the environmental benefits of incorporating bioenergy crops into a conventional corn system. At the very heart of this study is a woody crop that once dominated the wicker basket and furniture industry—shrub willow. Although demand for wicker dwindled by the 1930’s, recent interest in the development of bioproducts and bioenergy opened up new markets for shrub willow, revitalizing cultivation of this plant.

Reaching heights of more than 10 feet, shrub willow has many characteristics that make it an ideal crop for sustainable bioenergy production. It is high yielding and fast growing, requires little maintenance, and can be cultivated on marginal or underutilized land—so production can complement, rather than compete with, food or feed crops. These same unique plant traits also provide a range of environmental benefits and ecosystem services. For example, willow’s dense canopy can create habitat for birds and small mammals. Thick root systems also minimize soil erosion and help prevent pollutants and sediments from entering surface and groundwater. Despite the potential, few studies have attempted to measure and quantify the environmental benefits of incorporating shrub willow with traditional corn agriculture. That is where ANL’s study comes in.

The research team examined the potential of willow to act as a buffer to intercept nitrate pollution to support its growth and improve water quality. Nitrogen is a necessary nutrient for plant growth, but it can also pose environmental problems, particularly when heavy rains generate runoff depositing these nutrients in nearby streams, lakes, and groundwater. In addition to impacting human use, excess nitrogen in water can stimulate the growth of aquatic plants and algae, which can reduce the amount of oxygen available for other aquatic organisms. By adding shrub willow buffer strips in a corn field, ANL was able to reduce nitrate concentrations reaching the shallow groundwater by over 30% relative to recorded losses from corn. ANL also determined that willow buffers could be cost competitive with commonly adopted nitrate-management conservation practices. This is a significant achievement that demonstrates how landscape design principles can be used to integrate bioenergy into existing farming systems in a way that improves ecosystem services, while maintaining food and feed production. Watch the short video “Bioenergy in a Multifunctional Landscape” to learn more.

Today, the Office of Energy Efficiency and Renewable Energy (EERE) SunShot Initiative announced up to $30 million in new projects to support the integration of solar energy into the nation’s electric grid, while diversifying the nation’s electricity sources and improving the reliability and security of the electric grid. SunShot will fund 13 projects with a total of up to $30 million to develop next-generation grid planning and operation tools that help to integrate more solar power with the grid.

“SunShot is working to lower the cost and complexity of integrating solar with the electric grid,” says SunShot Director Charlie Gay. “These projects give grid operators the tools to manage a modern electric grid.”

SunShot selected 13 projects under the ENERGISE funding program to enable grid operators to access up-to-the-minute measurement and forecasting data from distributed energy sources and optimize system performance using sensor, communication and data analytics technologies. These projects will help to improve the reliability of the nation’s energy grid by providing utilities with dynamic, automated and cost-effective management of solar and other distributed energy sources. These software and hardware solutions will be highly scalable, data-driven, and capable of fully optimizing system operation and planning.

As part of the Grid Modernization Initiative (GMI), these projects are designed to address not only solar power interconnecting with the grid at scale, but also other technologies like electric vehicles that interconnect with the grid.  GMI is an accelerated, Department-wide effort to develop the concepts, tools, and technologies needed to measure, analyze, predict, protect, and control the grid of the future.  Led by the Department of Energy’s (DOE) Office of Electricity Delivery and Energy Reliability, Office of Energy Policy and Systems Analysis, and EERE, GMI looks to solve challenges like integrating conventional and renewable sources with energy storage while ensuring that the grid is resilient and secure to withstand growing cybersecurity and energy challenges.

These projects build upon current and past research in grid integration technologies that support the widespread deployment of solar energy while maintaining the reliability of the electricity grid. The SunShot Initiative, which is managed by DOE’s Office of Energy Efficiency and Renewable Energy, is a collaborative national effort to drive down the cost of solar electricity and accelerate solar adoption.