Putting innovation to a vote is never a good idea. Consider the breakthroughs that have improved our lives the most during the 20th and early 21st centuries. Did anyone vote for or ordain the creation of desktop PCs, the Internet, smartphones, or tablet computers? No: that plethora of technological treasures was made available by individuals who perceived possibilities unknown to the majority, and who devoted their time, energy, and resources toward making those possibilities real. The electronic technologies which were unavailable to even the richest, most powerful men of the early 20th century now open up hitherto unimaginable possibilities even to children of poor families in Sub-Saharan Africa.

On the other hand, attempts to innovate through majority decisions, either by lawmakers or by the people directly, have failed to yield fruit. Although virtually everyone would consider education, healthcare, and defense to be important, fundamental objectives, the goals of universal cultivation of learning, universal access to healthcare, and universal security against crime and aggression have not been fulfilled, in spite of massive, protracted, and expensive initiatives throughout the Western world to achieve them. While it is easy even for people of little means to experience any art, music, literature, films, and games they desire, it can be extremely difficult for even a person of ample means to receive the effective medical care, high-quality formal education, and assurance of safety from both criminals and police brutality that virtually anyone would desire.

Why is it the case that, in the essentials, the pace of progress has been far slower than in the areas most people would deem to be luxuries or entertainment goods? Why is it that the greatest progress in the areas treated by most as direct priorities comes as a spillover benefit from the meteoric growth in the original luxury/entertainment areas? (Consider, as an example, the immense benefits that computers have brought to medical research and patient care, or the vast possibilities for using the Internet as an educational tool.) In the areas from which the eye of formal decision-making systems is turned away, experimentation can commence, and courageous thinkers and tinkerers can afford to iterate without asking permission. So teenagers experimenting in their garages can create computer firms that shape the economy of a generation. So a pseudonymous digital activist, Satoshi Nakamoto, can invent a cryptocurrency algorithm that no central bank or legislature would have allowed to emerge at a proposal stage – but which all governments of the world must now accept as a fait accompli that is not going away.

Most people without political connections or strong anti-free-enterprise ideologies welcome these advances, but no such breakthroughs can occur if they need to be cleared through a formal majoritarian system of any stripe. A majoritarian system, vulnerable to domination by special interests who benefit from the economic and societal arrangements of the status quo, does not welcome their disruption. Most individuals have neither the power nor the tenacity to shepherd through the political process an idea that would be merely a nice addition rather than an urgent necessity. On the other hand, the vested and connected interests whose revenue streams, influence, and prestige would be disrupted by the innovation have every incentive to manipulate the political process and thwart the innovations they can anticipate.

It is only when some subset of reality is a fully open playing field, away from the notice of vested interests or their ability to control it, that innovation can emerge in a sufficiently mature and pervasive form that any attempts to suffocate it politically become seen as transparently immoral and protectionist. The open playing field can be any area that is simply of no interest to the established powers – as could be said of personal computers through the 1990s. Eventually, these innovations evolve so dramatically as to upturn the major economic and social structures underpinning the establishment of a given era. The open playing field can be a jurisdiction more welcoming to innovators than its counterparts, and beyond the reach of innovation’s staunchest opponents. Seasteading, for example, would enable more competition among jurisdictions, and is particularly promising as a way of generating more such open playing fields. The open playing field can be an entirely new area of human activity where the power structures are so fluid that staid, entrenched interests have not yet had time to emerge. The early days of the Internet and of cryptocurrencies are examples of these kinds of open playing fields. The open playing field can even occur after a major upheaval has dislodged most existing power structures, as occurred in Japan after World War II, when decades of immense progress in technology and infrastructure followed the toppling of the former militaristic elite by the United States.

The beneficent effect of the open playing field is made possible not merely due to the lack of formal constraints, but also due to the lack of constraints on human thinking within the open playing field. When the world is fresh and new, and anything seems possible, human ingenuity tends to rise to the occasion. If, on the other hand, every aspect of life is hyper-regimented and weighed down by the precedents, edicts, compromises, and traditions of era upon era – even with the best intentions toward optimization, justice, or virtue – the existing strictures constrain most people’s view of what can be achieved, and even the innovators will largely struggle to achieve slight tweaks to the status quo rather than the kind of paradigm-shifting change that propels civilization forward and upward. In struggling to conform to or push against the tens of thousands of prescriptions governing mundane life, people lose sight of astonishing futures that might be.

The open playing fields may not be for everyone, but they should exist for anyone who wishes to test a peaceful vision for the future.  Voting works reasonably well in the Western world (most of the time) when it comes to selecting functionaries for political office, or when it is an instrument within a deliberately gridlocked Constitutional system designed to preserve the fundamental rules of the game rather than to prescribe each player’s move. But voting is a terrible mechanism for invention or creativity; it reduces the visions of the best and brightest – the farthest-seeing among us – to the myopia of the median voter. This is why you should be glad that nobody voted on the issue of whether we should have computers, or connect them to one another, or experiment with stores of value in a bit of code. Instead, you should find (or create!) an open playing field and give your own designs free rein. 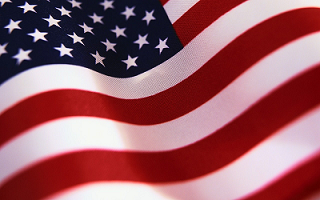