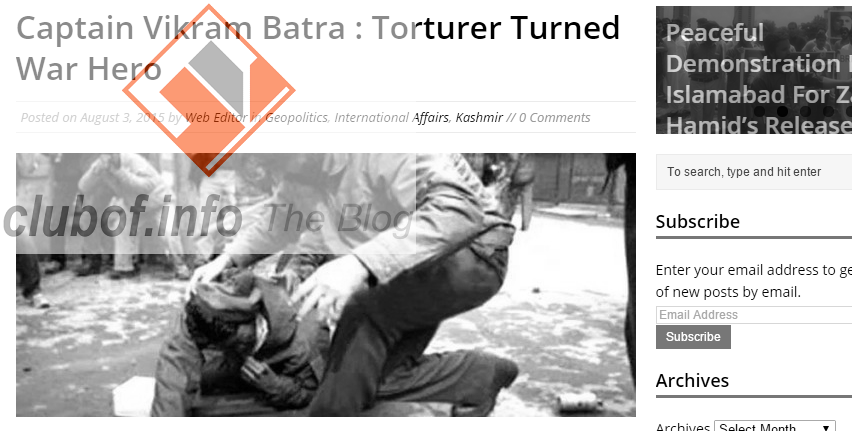 There are thousands of cases of Indian forces using collective punishment against Kashmiris to suppress the region’s national aspirations.

This was the argument of a blogger who contributed an op-ed at Voice of East magazine on 3 August 2015.

Writing at the magazine, Samreen Mushtaq referred to Vikram Batra, arguably a war criminal responsible for torture and other atrocities in Kashmir and yet commemorated as a war hero by India. Making use of testimony provided by a survivor of the torture inflicted by him, Mushtaq drew a more sober image of the much-revered Indian military officer.

While Batra’s actions are elusively referred to as courageous by Indian media, the details are consistently omitted. Mushtaq argues that this is because the details reveal a coward and a war criminal who preyed on civilians during his service, and that this is typical of India’s military occupation of Kashmir:

One wonders why the story of the ‘bravery’ of such heroes, displayed by torturing women in Kashmir, is never made public! Torturing a woman must be for the Indian army ‘the most conspicuous personal bravery’.

While much of the violence in Kashmir appears to have died down in official statistics, the root causes of this conflict and many similar conflicts between a military regime and an oppressed people denied human rights and national sovereignty – from Palestine to Yemen and even Tamil Eelam in Sri Lanka – go largely ignored by the international community. India itself militarily occupies not just Kashmir but a number of other territories to suppress the self-determination of the peoples in these territories. 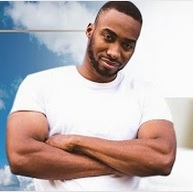 A Life Changing Way of Looking at… an Orange – Prince EA