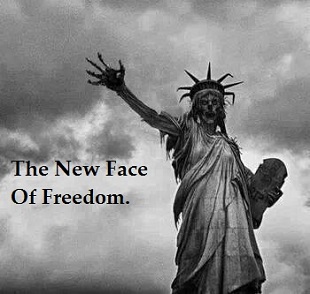 You know the shit has hit the fan when Lord Rothschild comes down from the mountain and issues proclamations and declarations concerning the current state of affairs of the world. The fact that a faction within the Warmonger Elite is starting to get cold feet is telling you that they are afraid that world events have gone too far.

To be fair, Lord Rothschild also believes this day and time could also lead to an economic boon, let it not be said that the Warmonger Elite cannot find the rainbow, in the middle of all the blood and dead bodies.

As National Socialist hate groups flood into Ukraine on the US dime, these same and similar groups are spreading successfully throughout Europe. This can easily lead to the fall of these current governments in the next few years: Germany, Italy, and France. Now, when I talk fall, I am talking the current crop of politicians, not the nations as a whole. What may be worse is that these governments simply may not function from the division between the people supporting the current politicians and those who want a more Nationalistic government. The Chaos could easily cripple these governments from taking any action. Which seems to be the direction that US foreign policy is heading.

Sadly, we are not done with Europe, on the other hand of the extreme you have Islamists that also live in significant numbers. If Islamists in numbers decide to follow the route of ISIS, you may end up with a full blown civil war across Europe and England. Mind you, I do not believe that this state of events will actually happen but, if you have the current main European politicians falling and the votes split between National Socialists, current politicians and Islamic State, it spells a blood bath for the entire region.

Ukraine, the US blunder that simply will not go away. You would think after so much epic failure, the US would simply abandon the issue. You have a rag tag army from Novorussia beating the US lead Kiev rebels, utterly and completely. I know that the current US Government and Main Stream Media has the Novorussian force as nothing but Russian Federation elite troops but that is fiction.

The simply sad issue to this is that the US has sent village idiots to run Ukraine and it shows. On top of everything else the US, NATO and IMF continue to loan billions of dollars to Ukraine, that the common people of Ukraine will never be able to pay for. You also have no control as to what the village idiots in Kiev happen to be spending the billions of dollars on.

Once spring hit’s folks, you can count on a new hostility between Novorussia and Kiev and maybe even the Russian Federation. The stench of war is all over it now and I simply do not believe it can be stopped at this point.

I have seen more Main Stream Media bullshit on this issue to choke the gods. I am not saying that Vladimir Putin is an angel, Vladimir Putin may be corrupt but coming from American politicians and the American Main Stream Media, to me it is the pot calling the kettle black. It is simply one group of thieves complaining that another group of thieves have taken their favorite toy.

I have also seen way to much discussion of a US backed regime change in the Russian Federation. This is EPIC FICTION of the highest order. Even if it was possible, it would not work out in the favor of the Warmonger Elite.

In my opinion if Vladimir Putin was replaced or eliminated, you would end up eventually with Ramzan Kadyrov and let me tell you. If the Russian Federation is lead by Kadyrov, the bear will feast on the known world, do not doubt that for a second.

It is hard to grasp how more dumb the Republicans could be and then they go out of their way to double all over dumb. First you invite Netanyahu to speak to Congress, which did not help your case, considering Netanyahu gave you the same speech about Iraq as he did for Iran. You would think after that dumb moment, Republicans would learn, but hell no, they double down and triple down all over dumb and send an open letter to Iran, to stand against current US foreign policy.

Standing against current US Foreign Policy is normally a good item, but as it concerns Iran, this is one of the few items the US has correct. It is a miracle, the deaf, dumb and blind in the US Government has something correct. It has to happen every once in a while.

Back to your open letter from the Republicans, basically it states, we can undo any agreement that President Obama signs with you. Which could not be any more infantile. This group of Republicans have shown an inability to govern and this action does not help their cause.

Now, concerning Iran, you make a deal with Iran over their nuclear program, not for today but for tomorrow. This kind of thinking of the future is beyond the concept of the Republican party. It is hard to see a view of a nation 20 years from now, when as a political party you want to go back to the 1950’s. You see, you group of Republican village idiots, in 20 year time, those quasi liberal Iranian students, will actually be in power. When that day occurs, we can welcome, hopefully a more enlightened nation into the Western World.

The World At Large:

The United States is a threat to the know world. It is sad to say, but it is a truth. I would love to be able to tell you why the United States has a need to bring hate, blood and death to your part of the world. All I can tell you, from my perspective, the United States is weakening the known world by using hate to create as much chaos as possible.

The way you combat hate is through love and understanding. That is the worlds only salvation at this time. Strive to do more, while you still can. 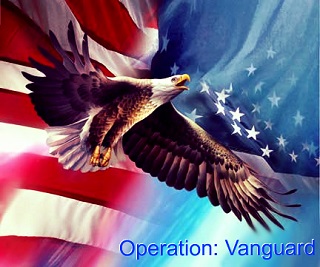 Agenda 2030 – Global Goals In Their Own Words