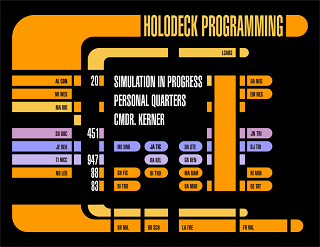 It has been said many times by many different people that the Holodeck will be Humanity’s last invention. The argument goes that if we could create a simulated reality indistinguishable from the real world, the average person (if not everyone) would elect to live in their own personalized fantasy world. I personally consider this line of thinking technophobic fear-mongering, based on a shallow and biased analysis of both the technology in question as well as Humanity. The kind of people who make this argument are usually the same kind of people who believe that Star Trek’s replicator would also be the end of everything since it would make work obsolete. Their minds are so stuck in the status quo they don’t seem to realize that if they had a Santa Claus machine they wouldn’t need to work, and automation will make work obsolete long before we have personal nanofactories.

But, this article is about simulated reality. We already have commercially available virtual reality in the form of video games, and society has not collapsed. You may scoff at the comparison, as a game console is clearly nowhere near the same level of sophistication as simulated reality. While this is certainly true, it is also irrelevant. Due to the way the Human mind works, video games are already highly psychologically immersive. When someone plays a video game, they’re not sitting on a couch watching a screen. They are their avatar, and they are in that world. Virtual reality headsets never caught on partially because they solve a problem that doesn’t exist. It was also partially because they’re cumbersome and cause motion sickness, but a person doesn’t need total visual immersion in order to achieve psychological immersion.

This doesn’t just apply to video games. They’ve done brain scans of people simply reading books, and their brains were as active as if they were actually experiencing what they were reading. The same was probably true of our earliest ancestors listening to stories by the fire. We already have, and indeed always have had, virtual reality that is highly psychologically immersive. Making virtual realities more physical immersive or more realistic wouldn’t make a significant amount of difference in that regard. We even have drugs that can cause hallucinations that are indistinguishable from reality, though I doubt they’re as controllable as simulated reality would presumably be.

I do of course acknowledge the existence of video game addiction, and there have always been people who prefer fantasy to reality, but not so many that our society has collapsed. I wouldn’t expect simulated realities to be significantly more addicting than modern gaming systems, since they provide similar degrees of psychological immersion.

In fact, a simulated reality might actually be less enjoyable than a virtual one. There are several episodes of Star Trek where someone has been place into a Holodeck without them knowing it. I personally find that very disturbing. Human beings do not like ambiguity, especially when it comes to what’s real or what’s not. Simulated realities could very well cross into uncanny valley territory. A game that makes you seriously question whether or not the world around you is real does not sound like fun. Even if we do develop the technology to create perfect simulations, we might deliberately choose to make them somehow obviously not real to avoid the uncanny valley. A modern day example of this would be how many CG movies intentionally make their Human characters look cartoonish so that they’re not creepy.

Simulated realities might have other negative psychological consequences. As far as I know no one’s ever developed post-traumatic stress disorder playing Call of Duty, but what if the simulation was indistinguishable from a real battle? The knowledge that it wasn’t real might not be enough to keep them sane. There are instances of people freaking out in haunted houses, even though they knew the danger was only simulated. Fear is not rational. Would combat even be enjoyable in a simulation that was physically immersive? Wouldn’t that create an actual danger of injury, or even death? 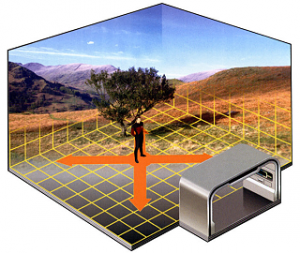 If you are or ever were a regular viewer of The Next Generation, Deep Space Nine or Voyager, then you will know that the Holodeck frequently malfunctioned, and that these malfunctions were often life threatening. The Holodeck malfunctions in approximately one third of the episodes it’s featured in. Russian roulette has better odds. It would obviously take extremely complex software to create a simulation that would be indistinguishable from reality, and the more complex something is the easier it is for something to go wrong. Modern day video games have glitches, and simulated realities would have them too. Depending on the nature of the simulation, these glitches could very well be life threatening. I doubt real people would be as cavalier about these risks as they are on Star Trek.

But I’m getting a little off topic. This article is meant to be an analysis on the social implication of simulated reality, not its technical feasibility. One reason I doubt that the average simulated reality user will not lock themselves away in their own private utopia is the existence of online gaming. Playing with and against real people is very popular. People choose to interact with other real people within their virtual realities, because humans are inherently social and interacting with NPCs just doesn’t cut it. Making NPCs more Human-like won’t solve the problem.

Those who claim that people would choose a simulation over reality have made a common error. They have equated pleasure with happiness. Happiness is not pleasure. Happiness is meaning. In order to be happy, you need to feel that your life has meaning and that you’ve accomplished something. You need to feel that you have a purpose, that you are needed by other people and that the world would be worse off if you were gone. Simulations can provide pleasure, but they cannot provide meaning. All of your accomplishments are meaningless when the difficulty level can be dialed up or down at will, and when the only things affected by your actions are non-sentient computer programs. Sexbots would be great prostitutes, but they wouldn’t be very good spouses because they couldn’t actually love you. You cannot have a meaningful relationship with a philosophical zombie. If your sexbot was sentient, then you would be a slave owner and a rapist. Love is only love when it’s given freely. The holograms on Star Trek are sentient and horribly oppressed. They’re people created for the amusement of others and terminated when their masters become bored with them. Voyager’s EMH is the only hologram in the Federation who gets any respect.

My point is that simulated reality cannot provide you with meaning unless you are delusional. Some people definitely would delude themselves, just as we have people who value virtual reality over their real lives today. I do not however believe that this will be a pervasive problem. I think that most people will recognize simulated realities for the fantasies that they are, and still be driven to achieve things in the real world and interact with real people, in order to give themselves the sense of purpose they intrinsically crave.

As a final note, I see no reason why simulated reality could not blend in seamlessly with the real world, creating a sort of hybrid reality. Google Glass would be a step in this direction, for instance. The most likely technology that could be used to create a Holodeck style simulation would be utility fog, and there’s no reason why it would have to be confined to a single room as it is on Star Trek. Foglets could be diffusely suspended in the air, and form objects or avatars on command.

Future technology will surely alleviate many of our current problems, along with causing some of their own. Though simulated reality will have its pros and cons, I hope I’ve made my case that it will not be our last invention. 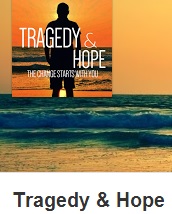