There is a sense of paranoia seething in some areas of “traditional” Transhumanism. There is the smell of change in the air and some people do not like it one little bit. So, what is the change and why is it causing problems? 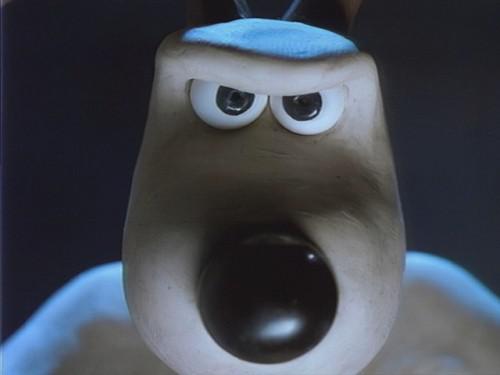 To illustrate, let’s go back almost exactly twenty years to the early days of the Net. Back then very few people outside of the technical elite even knew that the “Internet” existed, let alone what it was. That self selected elite had their own culture, their own in-jokes and their own sense of idealism and freedom in what they saw as uncorrupted cyberspace, along with a utopian vision of how things ought to be in a new world. The vision of people like William Gibson in his seminal novel Neuromancer which appeared around a decade earlier was on one hand an inspiration and on the other an ignored warning of where it would be going, with its domination by mega-corporations, governments and the military. After all, it was science fiction set in “the future”. Unfortunately (or not) the future arrived surprisingly rapidly. By the millennium even politicians knew of it, although they did not quite grasp its potential. Faster off the mark were the corporations smelling money like sharks smelling blood in the water. Almost overnight we moved into, and out of, the dotcom feeding frenzy followed by the relentless rise of survivors like Google, Apple, Facebook, Digital Rights etc. The megacorp had arrived, along with their parasites: the spammers, virus writers and intellectual property lawyers. Hard on their heels were governments discovering that what people said and did online actually had effects in the “real” world, and they began a slow inevitable push to regulate and control. As of today, the battle still rages with the heirs of the old Net elite circumventing regulations as they appear, creating free tools ranging from freeware like LibreOffice to bittorrent to encryption, proxies and the whole “darknet” scene. The only reason the battle is not lost is because the Net spans some two hundred separate national legal jurisdictions, all with their own often conflicting agendas. The irony of the one-world ideal saved by nationalism…

Meanwhile, some people sense that Transhumanism is finding itself in the same position the fledgling Internet was circa 1992 – on the verge of becoming mainstream with all that might entail, most notably loss of “control” over the central memes and their interpretation. If they are correct and history repeats itself then we have maybe seven or eight years before Transhumanism finds itself redefined in corporate, political and religious terms and the old “Declarations” consigned to a footnote in history along with those who wrote them.

What would be the equivalent of an H+ dotcom boom, slamming it into the public and political consciousness? There are a number of possibilities. From a mundane point of view, having the public actually see lots of driverless vehicles controlled by conventional AI might do it especially if they started to replace jobs. More likely is a breakthrough in anti-aging research, specifically concerning some drug, and a realization that aging is not inevitable. Or perhaps a really effective nootropic agent might make an appearance. Alternatively, the results of Human brain scale emulations running on exascale computers could have the potential especially if they actually acted like a Human intellect. Any one of those would see a massive influx of money into what was once central H+ memes, followed by: “Thank you, nerds – we will take over from here now it’s too big for you to handle”.

So, we have two polar reactions to this possible future.

On one hand we have the conservatives aka “reactionaries” or “fundamentalists” who want to keep H+ pure and unsullied. They decry articles that “dumb down” the technical ideas so that “ordinary people” can understand them. They sneer at anyone who does not have a PhD in a scitech subject who dares to offer an opinion, especially if that opinion might actually carry some weight with “outsiders”. Only purist websites have any right to discuss the subject, and then only in rational, cool, abstract terms (preferably with footnotes). Discussion of politics is OK, as long as it too is purist. That is, divorced from other messy political issues like immigration, crime, abortion, the death penalty, foreign military policy and so forth. As for H+ associated with non-liberal ideas… that is such a taboo that even the names of organizations that try to do it are not spoken of in polite company. When it comes to religion, well… that will get you kicked off any number of lists for even raising the subject (unless it is to sneer at the concept). It too is a forbidden area, most especially the fact that H+ core memes are also central to many religions, not least Christianity in which it has exact parallels. Anyone not avowedly atheist is viewed with suspicion at best.

Then we have the “rebels”, among which I number myself and Zero State . We want to dumb down the ideas so that non technical people can understand them. We want to associate them with specific political party positions eg The Consensus , and we want to offer a religious interpretation for those to whom it might appeal eg The Praxis.

The reasoning is simple: all of this is going to happen anyway and we want to ride the wave, not be marginalized by it. We may not succeed, but the only guarantee of failure is not participating and sticking to some outdated fundamentalist doctrine like a tiny, slowly dying, cult.

About Dirk Bruere 21 Articles
Attended Nottingham University and later what is now Westminster University, and has a BSc in Physics. Subsequently pursued a career in electronics and computer research and is a research engineer at Surface Measurement Systems. A founder member of Zero State (ZS) and a member of the Futurists Board of the Lifeboat Foundation. Founder of The Consensus in 2002CE, a political party with a core philosophy of Transhumanism, which has been influential in Zero State and the Wave. Other interests include the interface between technology and theology explored in the books TechnoMage and The Praxis, and was co-presenter of a UK radio show, OneTribe. Head of The Praxis, a ZS spiritual organization. For several years held the position of Branch Master in the World Shorinji Kempo Organization, teaching Zen and martial arts, although is now retired from a teaching role.

Johnny Boston was 10 years old when he first met FM-2030, a futurist who intended to live forever. But in 2000, after his body ceased to function, FM was cryonically-preserved. 16 years later, an unexpected […]

The Real Reason The U.S. Wants Regime Change in Venezuela

Understand one thing, this is on all of us. As Americans we have made this very ugly path to war and destruction, under the guise of Freedom. Doesn’t it bother you that both the United […]

Khomeini Was An American Stooge – Sibel Edmonds – The Corbett Report

SHOW NOTES AND MP3: https://www.corbettreport.com/?p=18938 Last week I reported on the recently declassified cables that show how Ayatollah Khomeini had a secret channel with the US through which he negotiated his return to Iran during the […]