I have had a growing concern over the New World Order economy for a while. I have issued announcements last year regarding ongoing crisis issues. Although this issue is not a crisis issue today, it is a long term forecast through 2016 and into at least quarter 1 of 2017. 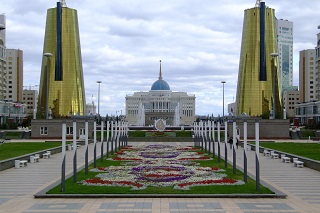 You see many people are giving out doomsdays scenarios for all kinds of reasons. Some of those reasons are valid concerns and should obtain more press coverage that they do. I do not see an end of the world scenario, like some people do.

What I see and what I am concerned about is a long term malaise over the New World Order economy. I do not see growth at all anywhere on the globe. In stating this, you will have various governments and government like entities who will tell you that growth is positive and will be around 3% to 6% depending upon where you live on the globe. It is similar when the US Government puts out a jobs report that states a positive job growth for a month in which the report should have been negative just based off the layoffs and business failures in the retail sector alone. In this current news environment, the public is not going to get accurate information from your local or national news channels. What I will say regarding the media and how financial news is handled, to date the most honest financial news network is Bloomberg. I do not care about the politics behind Bloomberg, to date and for a number of years, Bloomberg has been ahead of the curve as it concerns the economy and reporting on the economy.

The other point I want to make is that I do not see severe negative growth within the New World Order economy. When you have a world wide economy with little to no capital expansion and no built in economic activity, which makes it naturally difficult to maintain growth moving forward. Simply, the world economy is standing pat.

This is a slow motion train wreck, soon everyone will see a problem, eventually everyone will recognize exactly what is going on, and not a living soul is going to be able to stop it. It is my belief that action needs to happen now and not latter. It also does not help that America is in neutral and has no ability to pass any legislation to spark economic growth or help create capital expenditures. 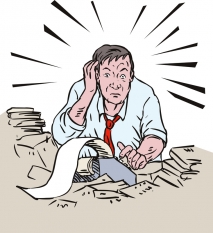 For the elite, it would be in your best interest to contact your minions in the US Congress and have numerous bills passed to spark economic activity. The focus needs to be in getting cash into the hands of the common US citizen. To spark future growth, you need consumption and the fastest why to get consumption is through the general population. This is a very simple and basic approach, this is not a cure all, this is keeping the United States of America Cash Cow moving forward, which in turn will spark the rest of the world forward.

The New World Order Economy as it is today, cannot handle a real economic condition that causes a crash. The Reserve Banks world wide do not have the ability to stem a massive loss, especially when major world governments are not able to pass simple laws or function on a normal level.

Brexit, for the world is a non-issue. This is a local United Kingdom / Europe endeavor that will bring a certain amount of negativity. In my opinion it will burn the United Kingdom down to the ground but that is an issue of time. The timeframe would be in the years and not in days. If the United Kingdom votes to leave the EU, the next day nothing will change. It will be over the next six months to several years for the economic activity that the EU created in the United Kingdom to flow back to EU nations. Most likely, this will be a boon for Pig Nations, assuming they do not leave the EU as well.

Below is a solid video by the IMF regarding the New World Order economic slowdown. I have also included a number of source material links for you to go over as well. The 24/7 Wall St link is fantastic in covering the bloodbath going on in the retail sector. I have also included an article on the growth and issues in the Online Retail sector, it is also a good read. Both of those two links go hand in hand and help point out some of the issues moving forward.

As always, do you own research, do not believe information based on a single source, question long held beliefs. Be prepared and plan your own economic activity accordingly. Strive to do more while you still can.

IMF Economic Outlook April 2016 Conference: Too Slow For Too Long

Forbes article regarding the retail industry

About Mike Dodd 238 Articles
I have a wide range of views and opinions. I have worked in a number of industries some of them are: Banking, Dairy, Health Insurance, Education and Government. I am the owner and editor in charge of a number of websites and message boards. The crown jewel of the websites is WaveChronicle.com which covers a wide variety of content. The Wave Chronicle is a site built to put forth thought provoking information, which can range from activism, politics, technology, philosophy, climate change, education, futurist / transhumanist theory and some fun articles that tend to be on the conspiracy theory side. Finally, I am also an accomplished no limit holdem poker player who sadly does not see enough time at a poker table.
Website Facebook Twitter Google+ YouTube

Why Are The Neocons Pathological Liars?

Originally Published By Club Of Info. A UK blogger explained in October why the neoconservatives (neocons) are liars. It’s because they follow a political philosophy that overtly justifies a clique of liars and manipulators as […]

Editor Note: A little over a week left for the crowdfunding campaign. Do what you can to help a great group of people. They will make the money count. We are testing a diverse drug […]