In what is perhaps the most absurd attack on transhumanism to date, Mike Adams of NaturalNews.com equates this broad philosophy and movement with “the entire idea that you can ‘upload your mind to a computer’” and further posits that the only kind of possible mind uploading is the destructive kind, where the original, biological organism ceases to exist. Adams goes so far as calling transhumanism a “death cult much like the infamous Heaven’s Gate cult led by Marshal Applewhite.”

I will not devote this essay to refuting any of Adams’s arguments against destructive mind uploading, because no serious transhumanist thinker of whom I am aware endorses the kind of procedure Adams uses as a straw man. For anyone who wishes to continue existing as an individual, uploading the contents of the mind to a computer and then killing the body is perhaps the most bizarrely counterproductive possible activity, short of old-fashioned suicide. Instead, Adams’s article – all the misrepresentations aside – offers the opportunity to make important distinctions of value to transhumanists.

First, having a positive view of mind uploading is neither necessary nor sufficient for being a transhumanist. Mind uploading has been posited as one of several routes toward indefinite human life extension. Other routes include the periodic repair of the existing biological organism (as outlined in Aubrey de Grey’s SENS project or as entailed in the concept of nanomedicine) and the augmentation of the biological organism with non-biological components (Ray Kurzweil’s actual view, as opposed to the absurd positions Adams attributes to him). Transhumanism, as a philosophy and a movement, embraces the lifting of the present limitations upon the human condition – limitations that arise out of the failures of human biology and unaltered physical nature. Max More, in “Transhumanism: Towards a Futurist Philosophy”, writes that “Transhumanism differs from humanism in recognizing and anticipating the radical alterations in the nature and possibilities of our lives resulting from various sciences and technologies such as neuroscience and neuropharmacology, life extension, nanotechnology, artificial ultraintelligence, and space habitation, combined with a rational philosophy and value system.” That Adams would take this immensity of interrelated concepts, techniques, and aspirations and equate it to destructive mind uploading is, plainly put, mind-boggling. There is ample room in transhumanism for a variety of approaches toward lifting the limitations of the human condition. Some of these approaches will be more successful than others, and no one approach is obligatory for those wishing to consider themselves transhumanists.

Moreover, Adams greatly misconstrues the positions of those transhumanists who do support mind uploading. For most such transhumanists, a digital existence is not seen as superior to their current biological existences, but as rather a necessary recourse if or when it becomes impossible to continue maintaining a biological existence. Dmitry Itskov’s 2045 Initiative is perhaps the most prominent example of the pursuit of mind uploading today. The aim of the initiative is to achieve cybernetic immortality in a stepwise fashion, through the creation of a sequence of avatars that gives the biological human an increasing amount of control over non-biological components. Avatar B, planned for circa 2020-2025, would involve a human brain controlling an artificial body. If successful, this avatar would prolong the existence of the biological brain when other components of the biological body have become too irreversibly damaged to support it. Avatar C, planned for circa 2030-2035, would involve the transfer of a human mind from a biological to a cybernetic brain, after the biological brain is no longer able to support life processes. There is no destruction intended in the 2045 Avatar Project Milestones, only preservation of some manner of intelligent functioning of a person whom the status quo would instead relegate to becoming food for worms. The choice between decomposition and any kind of avatar is a no-brainer (well, a brainer actually, for those who choose the latter).

Is Itskov’s path toward immortality the best one? I personally prefer SENS, combined with nanomedicine and piecewise artificial augmentations of the sort that are already beginning to occur (witness the amazing bebionic3 prosthetic hand). Itskov’s approach appears to assume that the technology for transferring the human mind to an entirely non-biological body will become available sooner than the technology for incrementally maintaining and fortifying the biological body to enable its indefinite continuation. My estimation is the reverse. Before scientists will be able to reverse-engineer not just the outward functions of a human brain but also its immensely complex and intricate internal structure, we will have within our grasp the ability to conquer an ever greater number of perils that befall the biological body and to repair the body using both biological and non-biological components.

The biggest hurdle for mind uploading to overcome is one that does not arise with the approach of maintaining the existing body and incrementally replacing defective components. This hurdle is the preservation of the individual’s unique and irreplaceable vantage point upon the world – his or her direct sense of being that person and no other. I term this direct vantage point an individual’s “I-ness”.  Franco Cortese, in his immensely rigorous and detailed conceptual writings on the subject, calls it “subjective-continuity” and devotes his attention to techniques that could achieve gradual replacement of biological neurons with artificial neurons in such a way that there is never a temporal or operational disconnect between the biological mind and its later cybernetic instantiation. Could the project of mind uploading pursue directions that would achieve the preservation of the “I-ness” of the biological person? I think this may be possible, but only if the resulting cybernetic mind is structurally analogous to the biological mind and, furthermore, maintains the temporal continuity of processes exhibited by an analog system, as opposed to a digital system’s discrete “on-off” states and the inability to perform multiple exactly simultaneous operations. Furthermore, only by developing the gradual-replacement approaches explored by Cortese could this prospect of continuing the same subjective experience (as opposed to simply creating a copy of the individual) be realized. But Adams, in his screed against mind uploading, seems to ignore all of these distinctions and explorations. Indeed, he appears to be oblivious of the fact that, yes, transhumanists have thought quite a bit about the philosophical questions involved in mind uploading. He seems to think that in mind uploading, you simply “copy the brain and paste it somewhere else” and hope that “somehow magically that other thing becomes ‘you.’” Again, no serious proponent of mind uploading – and, more generally, no serious thinker who has considered the subject – would hold this misconception.

Adams is wrong on a still further level, though. Not only is he wrong to equate transhumanism with mind uploading; not only is he wrong to declare all mind uploading to be destructive – he is also wrong to condemn the type of procedure that would simply make a non-destructive copy of an individual. This type of “backup” creation has indeed been advocated by transhumanists such as Ray Kurzweil. While a pure copy of one’s mind or its contents would not transfer one’s “I-ness” to a digital substrate and would not enable one to continue experiencing existence after a fatal illness or accident, it could definitely help an individual regain his memories in the event of brain damage or amnesia. Furthermore, if the biological individual were to irreversibly perish, such a copy would at least preserve vital information about the biological individual for the benefit of others. Furthermore, it could enable the biological individual’s influence upon the world to be more powerfully actualized by a copy that considers itself to have the biological individual’s memories, background, knowledge, and personality.  If we had with us today copies of the minds of Archimedes, Benjamin Franklin, and Nikola Tesla, we would certainly all benefit greatly from continued outpourings of technological and philosophical innovation.  The original geniuses would not know or care about this, since they would still be dead, but we, in our interactions with minds very much like theirs, would be immensely better off than we are with only their writings and past inventions at our disposal.

Yes, destructive digital copying of a mind would be a bafflingly absurd and morally troubling undertaking – but recognition of this is neither a criticism of transhumanism nor of any genuinely promising projects of mind uploading. Instead, it is simply a matter of common sense, a quality which Mike Adams would do well to acquire. 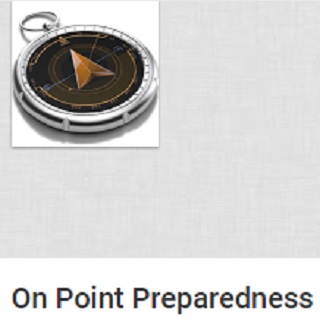 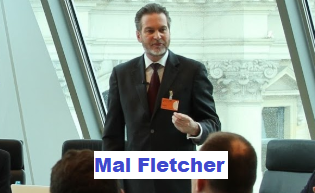